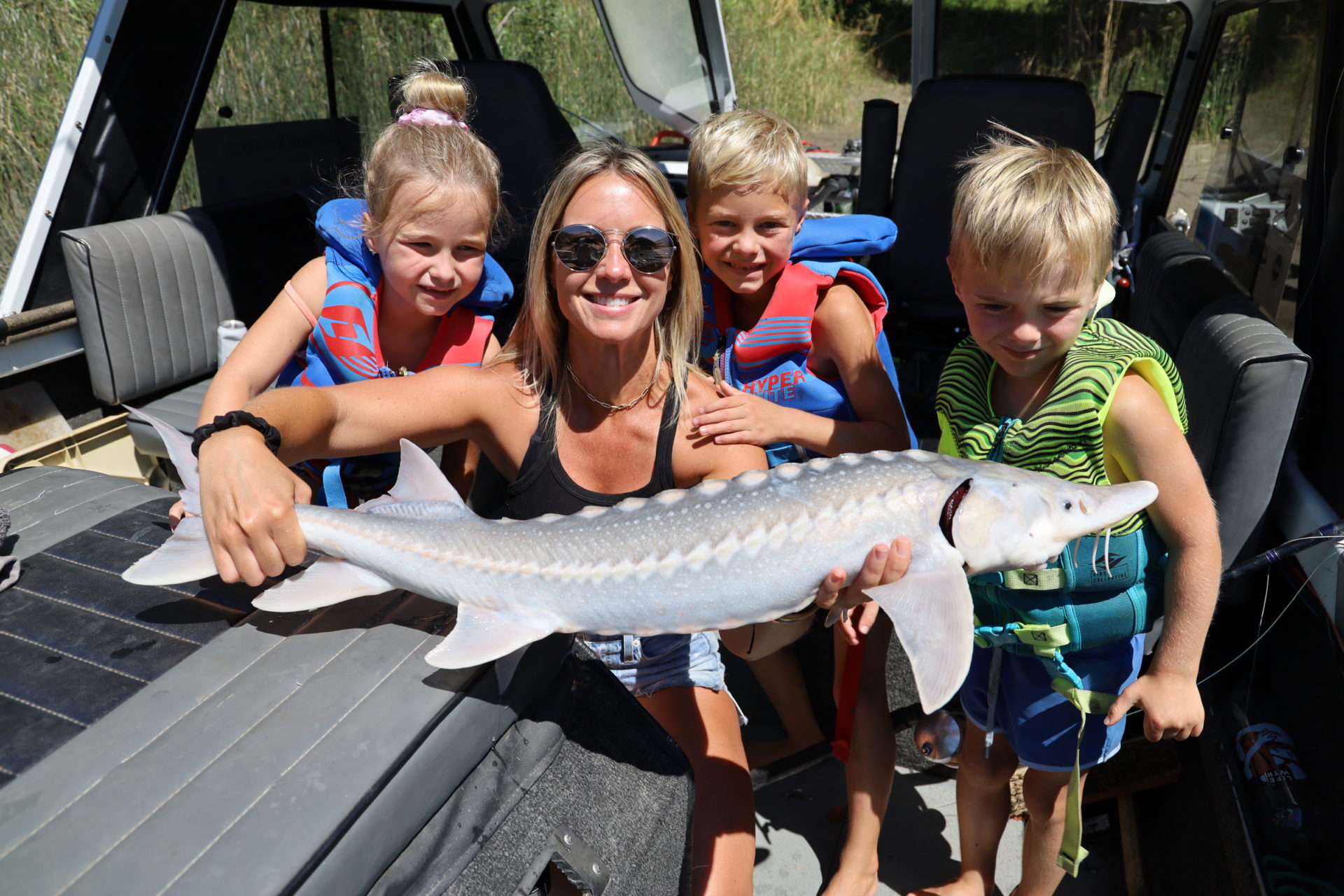 Brandy Ladd holding a juvenile sturgeon. It's important to educate the public about sturgeon and the issues this species is facing.
ConservationFishing

What Does Conservation Mean To You

The future of the sturgeon species in British Columbia

In this modern era of aware fishermen and women, conservation has been re-defined. The Fraser River sturgeon fishery and the angling community have been a shining example of what leadership, change and conservation looks like.

Over the past 25 years, the angling community on the Fraser River have gone above and beyond in redefining what the word conservation means. Significant cultural change has taken place over the last decade, which has shown the upmost care and respect for sturgeon. How do I quantify that? 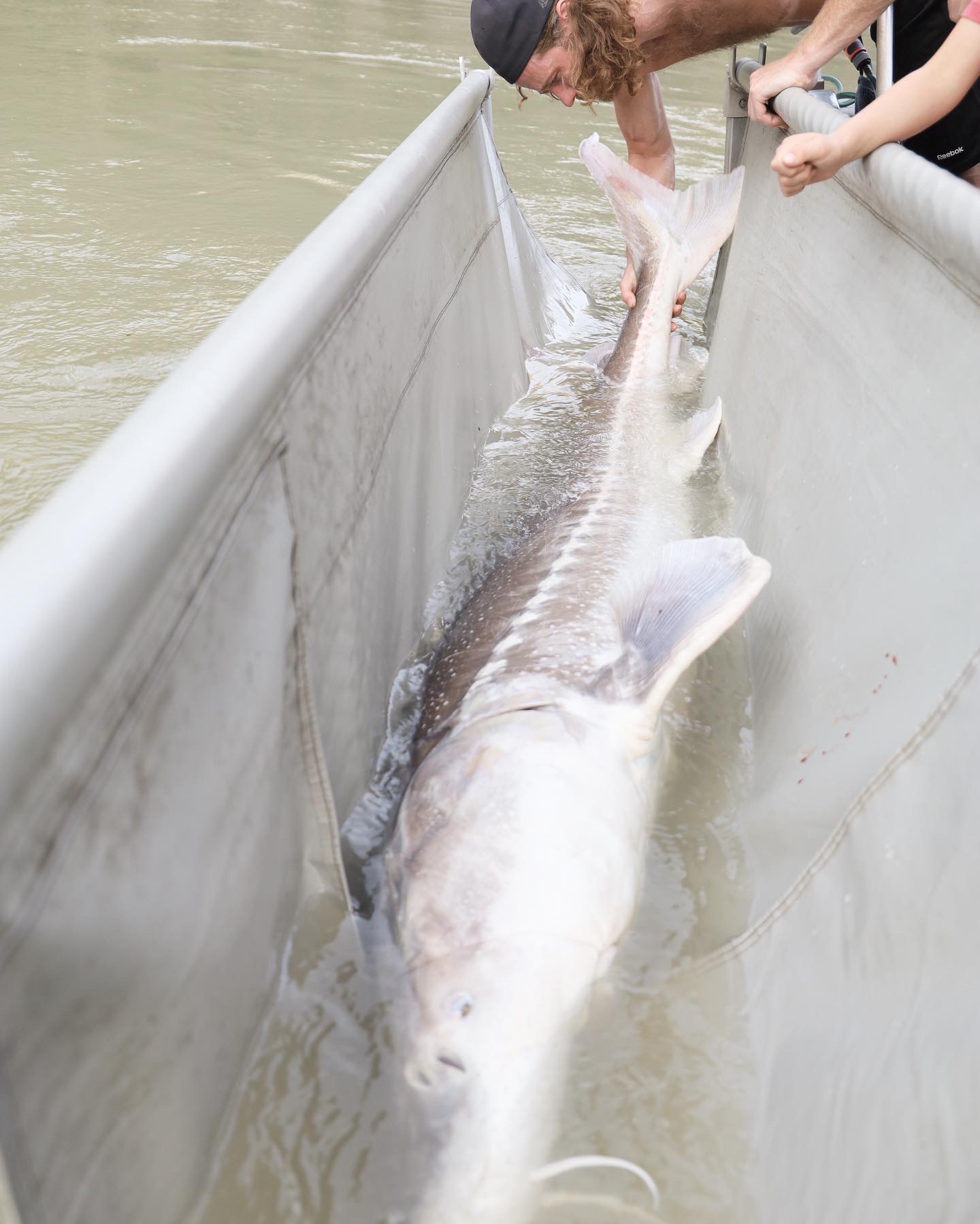 Those most in contact with the species have helped make regulation changes, developed best handling practices with the province, educate on how to best angle and release, implement side sling cradles to their boats for handling and focused on ideological awareness with guests from around the world that come to connect with sturgeon.

Leading the way on data collection and introducing people globally to this magnificent species is the Fraser Valley Angling Guides Association (FVAGA). In their 22nd year, under the leadership of Chairman Marc Laynes and their board of directors, they are taking on the most important data collection to better understand sturgeon. The juvenile monitoring program is without a doubt the best insight into the future health and status of the population. With the impacts non-selective salmon harvesting have on all species, we are seeing a decline in the size class that meet those targeted salmon fisheries that are sanctioned by the federal government. Clear science shows that the survival of sturgeon (and other wild stock species, most notably the interior Fraser steelhead) could easily be turned around in this class size by removing gill nets and mandating selective salmon harvesting. End of story. Angling has a 0.012 per cent mortality on sturgeon, while gill nets are 47 per cent (Robichaud et al 2006).

In the meantime, sustained advocacy will continue to push forward for funding for science and change for the future.

In 2017, the Ladd Foundation (NHL two-time Stanley cup winner Andrew Ladd) started the yearly Ladd Foundation Sturgeon Charity Event, bringing awareness to mental health and sturgeon conservation. It is high-profile events like this that give back that will continue to improve the status of this species. The Ladd Foundation has contributed over $60,000 to volunteers of the tagging, monitoring and assessment program to purchase side sling cradles for better handling of fish and easier data collection. Most recently, they have directed funds to juvenile sturgeon data collection.

Back To Selective Fishing

In 2016, I did a documentary with the well-known American Youtubers Googan Squad. It was mentioned that if eagles, lions, whales, elephants, owls and other animals were tangled up and dying in nets, people would be outraged. But why aren’t they losing their minds with sturgeon? Is it because we can’t see them or there’s no Disney movies that have highlighted the issue? No emotional connection to the species? We are seeing more and more rare turtles dying on the spawning beds, whales, and at home here in BC more and more seals with the same fate.

Through this mini documentary with the Googan Squad, we collectively made a call for action on gill nets and garnered 60,000 signatures worldwide. We leveraged this awareness and in 2018, the first petition ever speaking up for sturgeon was read in the House of Commons. This historic moment was made possible by long-time environmental advocate and, at the time, NDP MP Fin Donnelly. We called for transition of gill nets to more sustainable salmon harvesting methods. Since then, the federal government under Justin Trudeau have failed to implement any concrete change to save all of our wild stock species, despite what the science concludes. Fin Donnelly is now back into politics, this time provincially. His leadership is much needed here, and you can expect he will have a lot of support from advocates, businesses and various organizations looking to help with overdue policy changes.

There are some uniquely positioned individuals involved around sturgeon that have the influence and knowledge to push for change in the gill net fisheries. They have thus far turned a blind eye or at the very least downplayed the impacts. There is no more time available to play politics around their survival and that of our wild stock species. The public is becoming aware of the issues and if progress isn’t made, then it will be well known the tactics (failure) that have been taken to minimize their impacts. The most recent attempt was the DFO Recovery Potential Assessment review for the listing of white sturgeon under the Species at Risk Act this past September. A group of individuals were asked to participate in reviewing science, and I was invited to this discussion. Despite gill nets being the scientifically most well-known cause of the decline in specific size classes, gill nets were given a medium threat level instead of high. This is a problem. Politics. In my opinion, we are too worried about social issues instead of the clear science. Nobody is saying stakeholders cannot have salmon, we are advocating to harvest them sustainably. Like many issues we see today in our world, science gets drowned out by the loudest and most influential voice (publicly or behind closed doors). That is called politics, and a species that has survived 200 million years does not deserve the fate of politics. They supersede humans.

What Happens Now & What You Can Do

For tortured souls like myself, that live and see the destruction in person, one can only hope the sustained pressure will make some breakthrough. It’s a very uneasy and emotional experience to witness and live it daily. It’s something provincial and federal decision makers and office workers cannot begin to realize what has festered under their nose.

Organizations likes the BC Wildlife Federation are a good organization to join and be informed by. In 2019, they organized and funded an emergency summit on selective fishing. Participants were invited to present and have open dialogue around sustainable change. Joining BCWF will at the very least keep you in the know and when there is an urgent matter the public needs to be aware of, you will be informed. It will be then up to you to make a difference. This change won’t happen with an individual, but with the masses.

BCWF teamed up with the FVAGA for an educational program, Sturgeon Conservation Workshop, where people attend juvenile sturgeon days. These dates were guided by professional guides from the FVAGA, all in-kind, to help better educate the public on the importance of this future size class. Educational workshops like these allow you to engage in the future and speak up for current issues. Prior to the launch of this program, Marc Laynes, myself, Harvey Andrusak (BCWF) and Jesse Zeman (BCWF) made our way to Victoria to discuss selective fishing with ministers and other high-level provincial leadership. The press is on, we are doing what we can, but we need the public concern and outrage.

Some encouraging data coming from the sturgeon fishery is the vast number of juveniles we are seeing. Targeted efforts over the past few years have resulted in interesting findings. So much so that the Habitat Conservation Trust Foundation has funded the juvenile monitoring program, the first of its kind. The FVAGA is heading this project, which is slated to run for five years. At the conclusion of the project, we hope to have a better understanding of the juvenile population estimates:

We don’t know the historical population; we know we have been targeting adult sturgeon and not focusing on the juveniles. We know the population model, which incorporates the above effort, is demonstrating that sturgeon in specific size classes are in decline. The outdoors individuals that enjoy the mental health benefits of our province’s resources need to be engaged now more than ever. Not only for sturgeon, but also for all our fish and wildlife that are under attack from all angles.

To be honest, I don’t know what the word conservation means anymore. It’s been twisted and turned as something government and the private sector can point to and say, “We’ve done something, look at how good we are.” For me, it’s probably more of a way of life, a guiding star, and maybe even a word to challenge people on. When the virtue signalling starts on conservation, I ask, “What have you actually done for the word conservation to mean something?” If the answer is just an Instagram post, then sorry, you don’t make the cut. Do more.