Spey flies feature long, flowing hackles, slender lines and, on occasion, a beautiful, streamlined, bronze mallard wing. For the most part, spey patterns are straightforward to tie. However, selecting, preparing and tying in the bronze mallard wing can be frustrating. 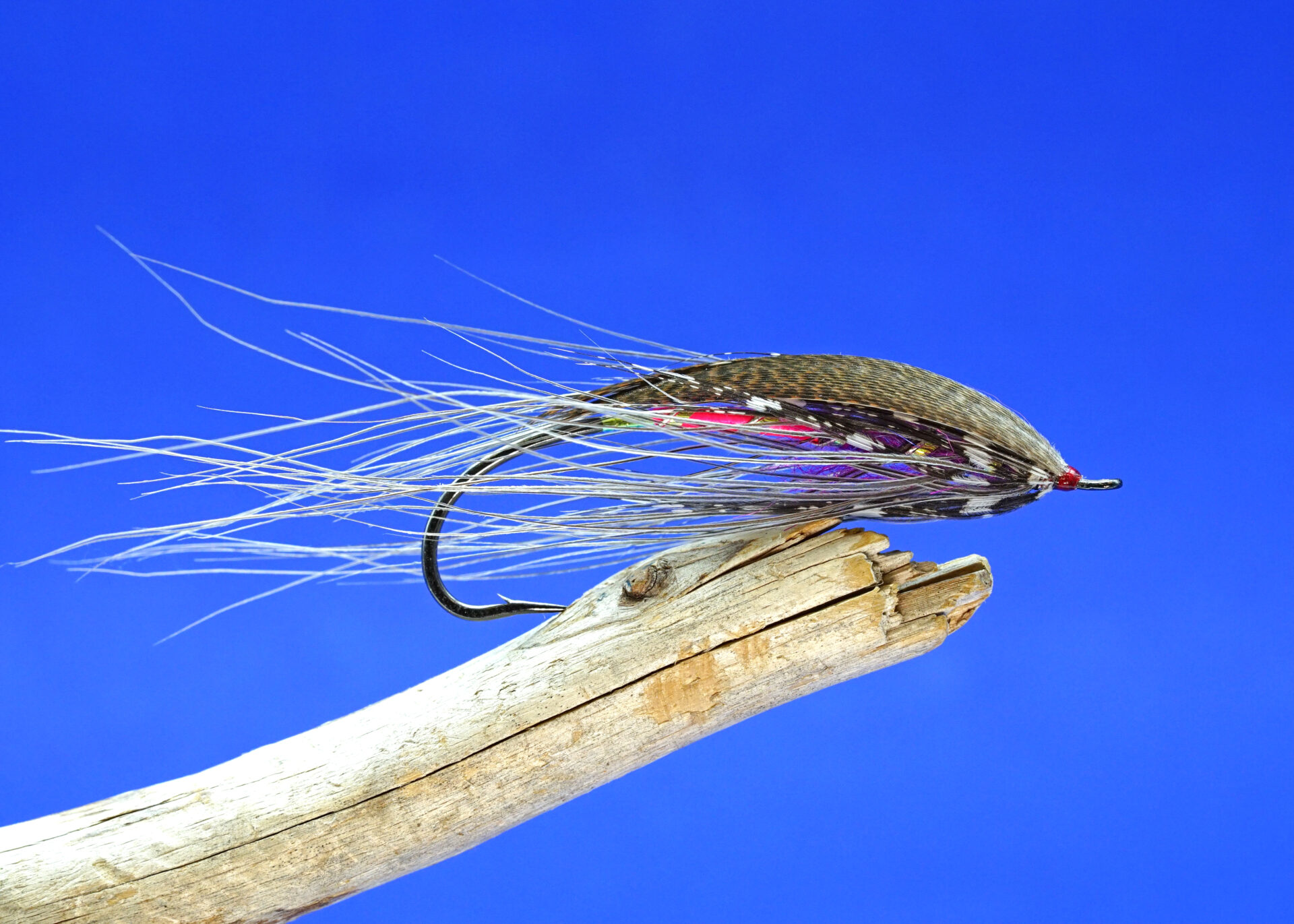 Matt King is one of the most talented fly tyers I know. His tying skill and attention to detail radiate through every pattern, from simple nymphs to complex patterns. Matt’s steelhead patterns are works of art, showcasing his tying skills, especially his winged spey flies, such as the Winter Spey.

Bronze mallard feathers, named for the colouration of their tips, come from the shoulder region of a mallard drake. They come in twos, and there are only a few pairs per bird, typically five to six. Feather size also varies. They are a common component for the distinct, curved, low-tapered wings on spey and Atlantic salmon patterns, a look often compared to a capsized boat. Selected and tied in correctly, bronze mallard wings provide a veil or roof to the fly that plays a vital role in how the fly swims.

The best bronze mallard feathers feature married fibres and grey roots adjacent to the stem. The grey roots indicate softness, an essential trait for tying in matched wing pairs. Stiff bronze-coloured fibres at the roots are difficult to manage and become disobedient during the tie-in process. They tend to stand up and will not flow along the top side of the fly. Tying in the wings is where most tyers struggle with bronze mallard wings.

When selecting feathers, choose matching pairs of similar overall size, fibre length and colouration. Choose a pair with a fibre length appropriate for the size of the pattern. A wing that extends rear of the barb is standard. Aligning the hook along the inside edge of the feather is an excellent method to ensure both the fibre length and curvature are correct. Avoid using longer-length slips on smaller flies, as you end up tying in the wings on the stiffer bronze-coloured fibres and your wings will not behave.

Once a pair has been selected, prepare the feathers by removing the shorter fibres from the backside of the feather. On a right feather, this would be the left side of the stem. Remove the soft flue and the lower, softer grey fibres devoid of bronze colouration.

The best place to find suitable wing material is in each feather’s one-and-a-half to two-inch mid-section sweet spot. Depending on their width, you should be able to produce about four to six slips from a single feather. Narrow wings are much easier to work with. Matt prefers his wing slips to be approximately 3/16-inches wide.

Use a bodkin or scissor points to isolate the individual slips from both paired feathers. Trim the slips from the feather by nipping out the section that also includes a portion of the feather stem. Leaving the fibres attached to the stem helps manage the slips, especially if you make a mistake and need to reset the wing. Matt assured me that this frequently happens when first working with bronze mallard wing pairs.

Now for the moment of truth, tying in the wing slips. First, ensure the thread base at the tie-in area is smooth and flat. Take a right and left slip and place them beside each other, so the natural curve of each slip is against each other. This helps veil the upper portion of the fly, creating the signature roof or capsized boat look. If you are a right-handed tyer, grip the single pair and place it on top of the hook using your right thumb and forefinger. Now, gently pinch the pair with your left thumb and forefinger. Place a couple of controlled, encapsulating thread wraps around the wings and then apply firm thread tension. This practice ensures even thread pressure around the entire tie-in area. Make sure you are tying in the wing pair on the soft grey portion of the wing. Repeat this process for the second wing pair, securing them on top of the first pair. If you have one wing pair slightly narrower than the other, tie in the narrow pair first and the wider pair second.

Matt recommends adding five to six temporary wraps underneath the wing butts to steady the wing. Carefully trim the butts, including the attached stem, using a pair of ultra-fine-point razor scissors. After removing the butts, unwind the temporary wraps to avoid unnecessary thread bulk.

With the wing in place, all that is left to do is build a neat, tiny head, whip finish and apply a couple of coats of good quality, high-gloss head cement. Delicate, small heads are common to a well-tied spey fly, allowing the water to flow smoothly around the fly, bringing it to life.

How to tie the Winter Spey