The inaugural BC Outdoors Show opens to an enthusiastic crowd

Chilliwack, BC – After two years of anticipation, the BC Outdoors Show hosted its inaugural event. From April 8th through 10th, the Chilliwack Heritage Park opened the doors to an eager crowd of more than 10,000 attendees from all over the province. Exhibitors, interactive events, speakers, and outdoor enthusiasts filled the venue all weekend long and a collective feeling of excitement was felt by all. 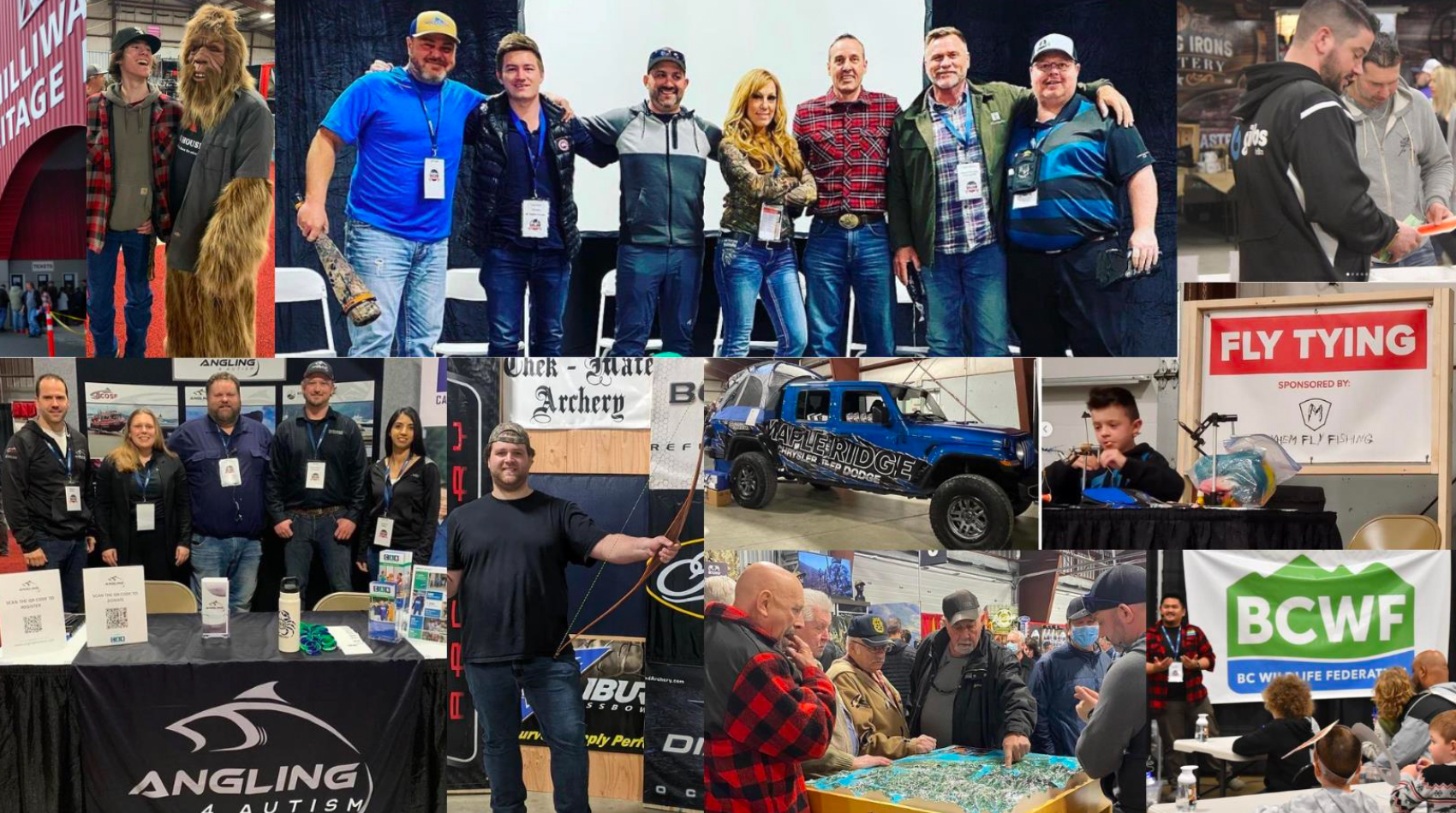 “As publishers and TV producers, our team has been an integral part of the outdoor industry for decades,” says Show Director, Mike Mitchell. “This was the first event we have organized at this magnitude, and we are overwhelmed by the enthusiasm and turnout at the show.”

Mitchell goes on to say, “We are beyond grateful to our team and peers who helped make this such a successful event and we look forward to next year.”

Three halls of the Chilliwack Heritage Park were transformed into an outdoor playground and retail marketplace featuring a range of interests including fishing, hunting, outdoor adventure, archery, conservation, all-terrain exploration, boating and recreation.

Consumers were leaving with bags of goods and feedback on sales was outstanding, with many of the vendors selling out of stock on the first day. Other events included speakers on the Duncanby Lodge stage, the BC Wildlife Federation family fun zone, a fly-tying exhibition, and casting pond, as well as the Maple Ridge Chrysler Jeep Dodge VIP night with the Tanner Olsen Band.

Catch the recaps on the BC Outdoors Show’s Instagram and Facebook, which were active throughout the weekend with over 30,000 new page views and hundreds of new followers. The door prize list for the five lucky winners included:

The BC Outdoors Show is owned by Outdoor Group Media, publishers of BC Outdoors Magazine, Outdoor Canada Magazine and Canada’s premier outdoors TV channel, Sportsman Channel Canada. Thank you to all for making it such a successful environment!

The BC Outdoors Show is scheduled for March 24-26, 2023. Look for updates at bcoutdoorsshow.com and @bcoutdoorsshow on Instagram and Facebook.