Doug Wright has been fly fishing and tying flies since he was a kid. For the last 15 years, he has been a full-time steelhead guide based in northern BC, primarily on the fabled Dean River. He has amassed a wealth of skill, knowledge and experience chasing steelhead on the fly during this time. One of his favourite pursuits is taking steelhead on waking flies – flies designed to create a visible disturbance that suggests skating caddis, fluttering stonefly adults or appeal to a steelhead’s natural predatory nature. 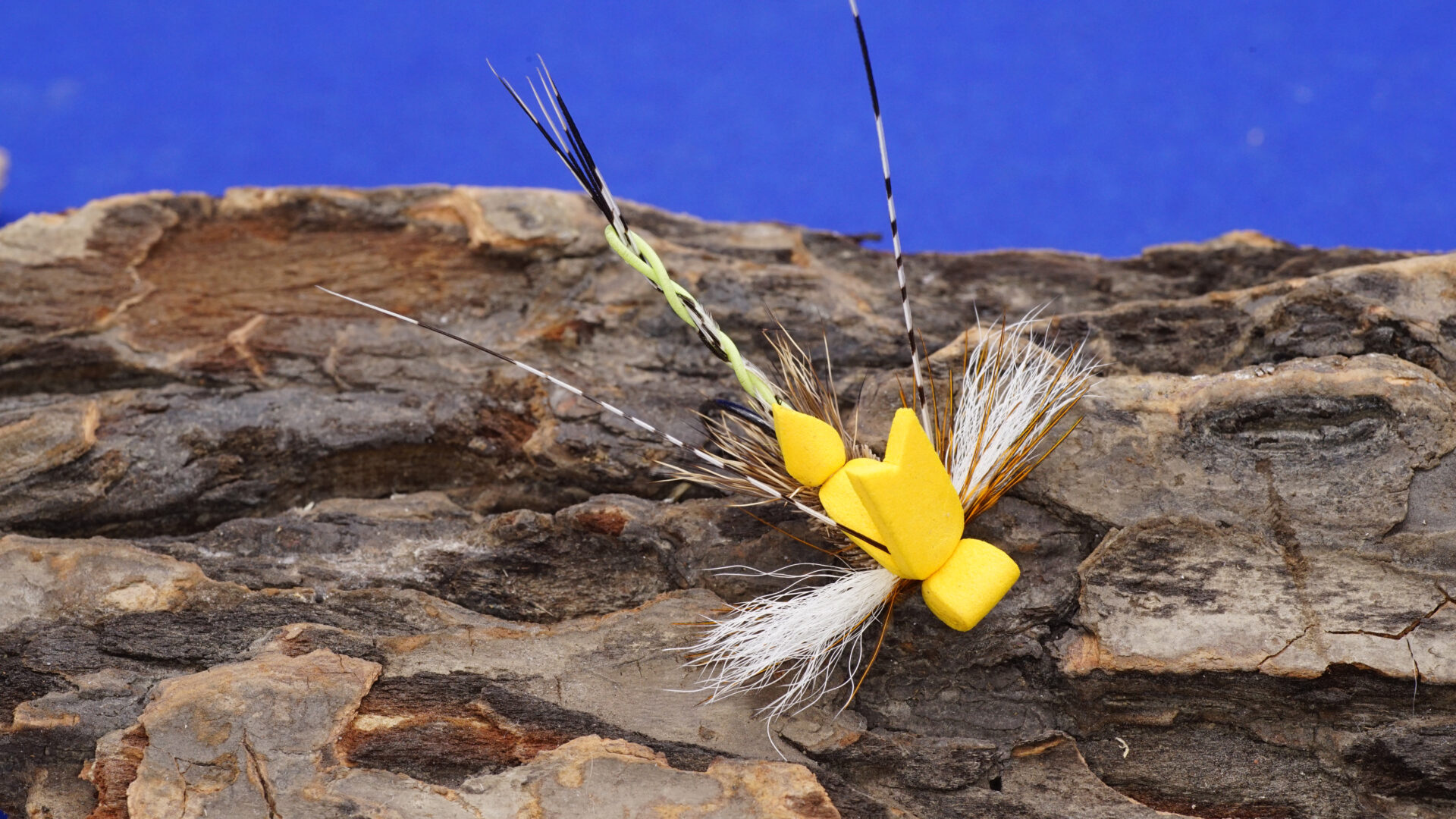 Through his time on the water, Doug has witnessed steelhead rising to emerging insects. It seems the longer steelhead remains in the river, the more it returns to habits of its youth, sipping on hatching and egg-laying insects, a throwback to a time when dining on caddisflies, stoneflies and mayflies provided the necessary fuel for its eventual journey to the sea, where it would complete its maturation process feeding on the rich bounty the ocean has to offer. Doug recalled a specific example while prospecting a deep glassy pool one late afternoon, which soon boiled with steelhead rising to eat as many hatching green drakes as possible.

Based on his observations, Doug, using his origins as a trout fisher, began designing and experimenting with various surface flies that he could both wake and dead drift. Doug likes the look of scruffy flies and how they fish, and his Furled Skater is one such example. Doug was looking to create a small, slender fly that filled a late-season niche when fish seemed to shy away from larger, robust skaters, as water levels dropped and clarity increased. Early in the season, Doug’s skater also works by simply increasing the proportions.

Doug loves to re-use and re-purpose materials. Old floating fly line proved a perfect candidate for the distinct furled tail. Floating lines come in a variety of colours and sizes and just one 90-foot line can produce many flies.

You can furl a variety of materials, including wool and Antron yarn, to create extended bodies on various patterns, including damselfly adults, mayfly duns and spins, baitfish patterns and, of course, Doug’s Skater. To furl a material:

To form the body on his Skater, Doug places a crease by folding and pinching a short section of floating line at its mid-point. He then takes six strands of Lady Amherst pheasant tail and pinches them with one end of the fly line, so the tips extend about half an inch past the crease. While still holding the line and pheasant tail together, he twists the opposite end of the fly line and pheasant tail tight, allowing it to furl back on itself, creating the extended body and tail. Once twisted tight, apply a dab of Aqua Seal or UV resin to the underside where the pheasant tail tips protrude out to stop them from slipping back when being fished. Doug admits it is a bit tricky at first to master the furling process, but with a bit of practice you can create furled extended bodies in short order.

The spent split-wing is another crucial pattern component. Doug advises not to make the wings too thick. When swung under tension, the sparse wings flutter, creating a wake steelhead find hard to resist.

The Furled Skater offers a unique approach to skating steelhead flies. Once you have persevered and mastered the furling technique, you can use it like Doug to wake up many steelhead.

How To Tie The Furled Skater