The larger the food source we are trying to imitate, the more complex our fly patterns can become. For moving-water fly tyers, a stonefly nymph would be an excellent example. Dragonfly nymphs would be the stillwater parallel. 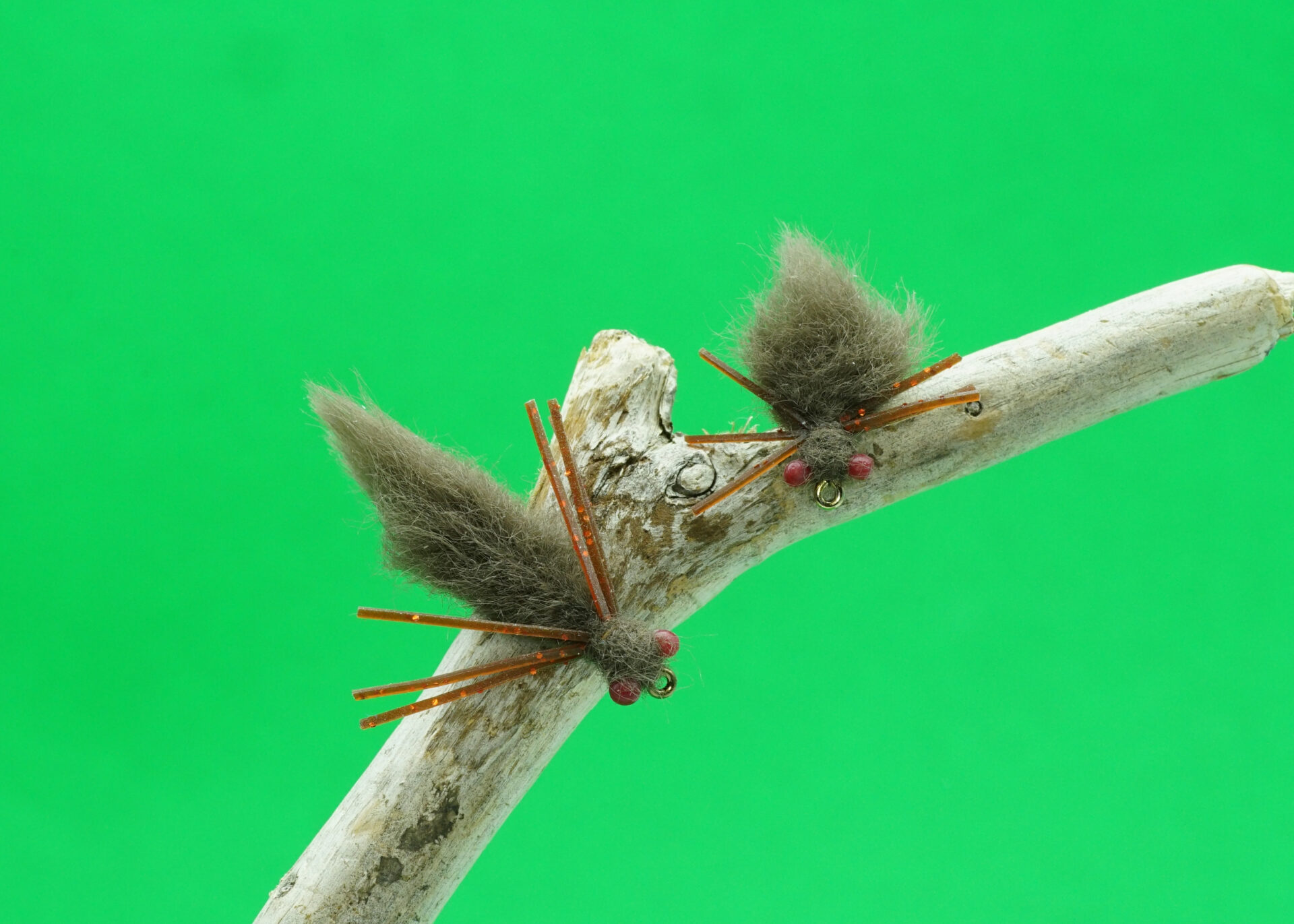 These large prey items offer many features to keep us busy at the vise for hours. Jointed legs, large heads, prominent eyes and distinct wing pads are just a few features to attract our attention. The temptation is to include all of these features and more into our designs. The danger, however, with complex patterns is the time they take to tie and, in our attempts to duplicate the naturals, patterns become stiff, lifeless offerings. These stiff, rigid, realistic flies look great at rest or in the palm of your hand, but, unfortunately, usually don’t present well. Trout, much to our frustration, often snub their noses at them. As it is often said, “There are flies for fish and flies for fly fishers.”

Many times, a simple, uncomplicated offering works best, since once a dragonfly nymph falls into the gunsights of a feeding trout, it often bolts for cover using its unique afterburner system. Startled dragon nymphs force water out of their gill chamber, located at the tip of their abdomens, as they scoot for safety using short, two to three-inch bursts. The time-proven Carey Special is an excellent example of a pattern that does an excellent job of suggesting a fleeing dragon nymph.

Trevor Tatarczuk’s Fly Foam Dragon utilizes a critical path approach to fly design. It is a simple pattern that can represent either a darner or sprawler nymph, depending on how you trim it. Once wet, the Fly Fur body springs to life, providing a convincing imitation that breathes and moves, which usually triggers aggressive, arm-jarring strikes.

Taking advantage of his creative skills, Trevor realized that Fly Fur, in darker earth-toned colours such as brown and olive, makes an excellent material for a dragonfly nymph. Synthetic Fly Fur is easy to work with, simple to shape and sheds water, making it a trouble-free pattern to cast, regardless of size. Due to the buoyant properties common to most synthetics, Trevor’s Fly Fur Dragon sinks slowly, minimizing the risk of a hang-up, properties that allow you to work his Fly Fur Dragon in and around weed beds, rock piles, sunken logs and other dragonfly haunts.

Trevor’s dragon takes no time to tie. After covering the shank with tying thread, Trevor coats the wraps with brushable superglue. Next, he removes approximately half-an-inch of fur from the hide at one end of the Fly Fur strip. Once trimmed, he ties it in by the exposed hide at the rear of the hook, fur tips pointing down. With the fur strip in place, Trevor winds it forward, hide side against the shank. Tying in the prepared strip fur side down factors in the 180-degree rotation of the first wrap, so the hide wraps against the glue-covered shank, the synthetic fur radiating outward.

As he winds forward, Trevor places each wrap directly in front of the preceding wrap, while sweeping the fur back to avoid trapping any fibres. Once he has reached the three-quarters point on the hook, Trevor ties off and trims the excess fur strip. In less than a few seconds, the body on the Fly Fur Dragon is complete. All that’s left to do to finish it off is trim it to shape – long and slender to suggest a darner nymph or squat and spider-like profile of a sedentary sprawler nymph. No matter the body shape he is trying to suggest, Trevor trims the body flush top and bottom. How much or little he trims the sides determines the body profile.

When trimming the body to shape for a darner nymph, keep in mind that the widest point on the natural nymphs is their head and mid-portion of the abdomen. Don’t spend too much time trimming or remove too much material. Once saturated, Fly Fur compresses and breathes, further suggesting the look of a natural nymph.

With the body shaped, Trevor saves the fur trimmings as they make excellent dubbing. Trevor dubs them around the mono eyes, forming a distinct dragonfly nymph head that matches the body colour.

Trevor uses medium-sized red mono eyes on his dragon to provide a point of attraction that offers a buoyant alternative to lead dumbbell eyes or bead chain. The sinister red eyes also complement the aggressive nature of a dragon nymph.

Trevor’s Fly Fur Dragon is an excellent example of a less-is-more approach to pattern design that contains all of the key elements common to any successful dragon nymph pattern. I have already added several Fly Fur Dragons in both darner and sprawler configurations to my stillwater fly box.

How to Tie A Fly Fur Dragon