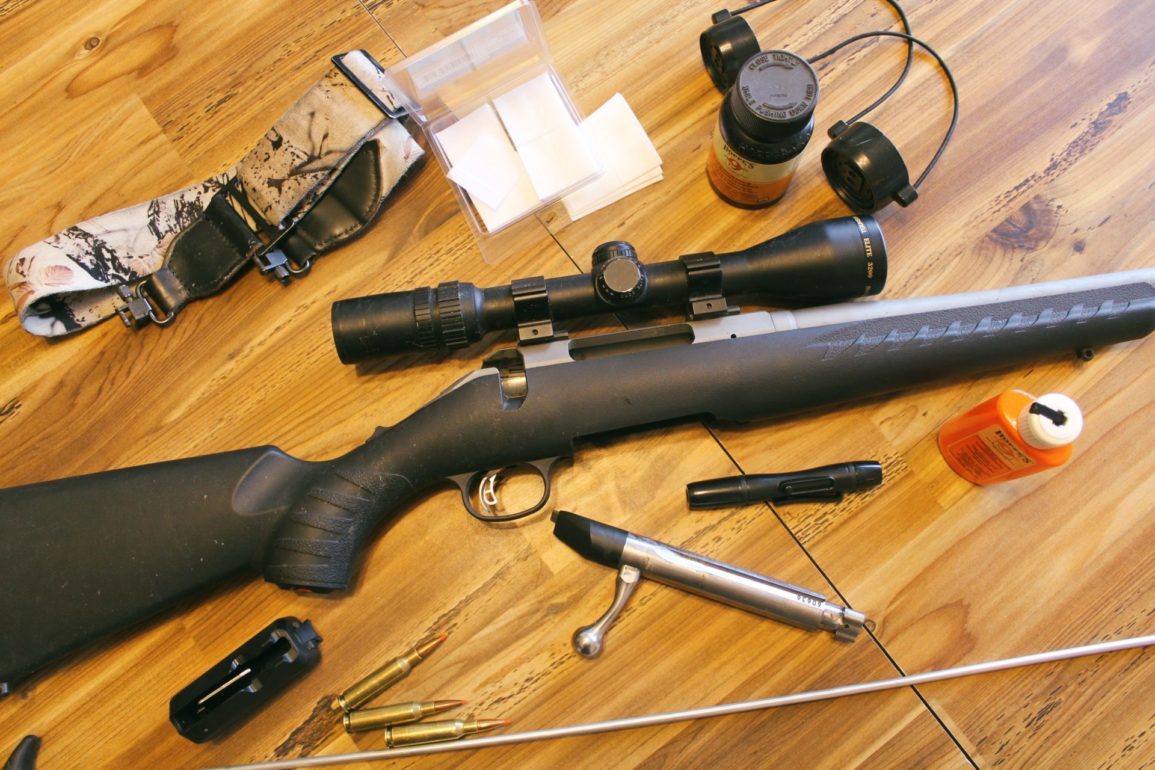 Caring for the gear that cares for us while in the outdoors is a crucial part of the preparation puzzle. Often given the most attention at the beginning of the season, when anticipation runs high, tune ups that happen mid-season are also cloaked with emotion, be it from the highlight reel or rewind of what-could-have-been. The time put into the end of the season, however, is when the reflection happens.

If there is one thing in our household that is the equivalent of the white flag being waved on hunting season for the calendar year, it would be the table getting cleared, the rifles and shotguns lined up, and the gun-cleaning kit coming out of the closet. Granted, the kit does make an appearance or two throughout the fall, depending on what conditions were met on a particular hunt, if a shot was taken, etc.; but it’s that late-November mass cleaning that signals things are about to wind down for the year.

Sure, we have whitetails open ‘til the end of the month, but our opportunities for them are few and far between where I live. The conditions have been (and continue to be, according to the long-range forecast) less than ideal for the season: loud, crunchy, freezing rain, no snow. Predators are open into the new year, but with the holidays approaching we are limited in our time to get out until then. Like the whitetails, migratory birds are open until November’s end, but the ponds are icy, and they’ve all packed their bags and flown south for the winter, like many Canadians do this time of year.

So, the sweet smell of Hoppe’s No. 9 fills the air as the season comes, for all intents and purposes, to a close. It’s a chance to reminisce on the hard work, missed chances or filled tags of the year; for many, that smell brings up memories that go back much farther than the past season. It’s their first rifle; it’s standing on a chair beside their father when they were young and watching intently as he cleaned his own rifles. And for me, it’s a combination of all those things that help ease the way to my season’s end, putting a close to one year and opening another.