Atlin, BC’s most northern community, sits alongside Atlin Lake. Lake trout in excess of 40 pounds can be caught here and catching four to five fish an hour is not unheard of. In fact, the lake is said to contain one of  the most abundant lake trout populations in Canada.

In order to get to Atlin Lake you must travel along the Alaska Highway, then south from Jakes Corner to Hwy 7. The 100-kilometre scenic route takes you halfway down Atlin Lake, through valleys, past several other smaller lakes, and offers views of the coastal mountains along the way to the town of Atlin.

For those arriving with plans to fish and explore on their own, two marinas supply parking for boats and aircraft and the public marina in Brewery Bay has a ramp and docking facilities… (continued in BC Outdoors Jan/Feb issue).

The above-average temperatures and early snowmelt gave a false feeling of summer. Though the water was open and the days were warm, the nights were cold. The May long weekend marks the beginning of camping season for most places in southern Canada, but not here in the Yukon. Typically there is ice as far as you can see…(continued in BC Outdoors Jan/Feb issue). 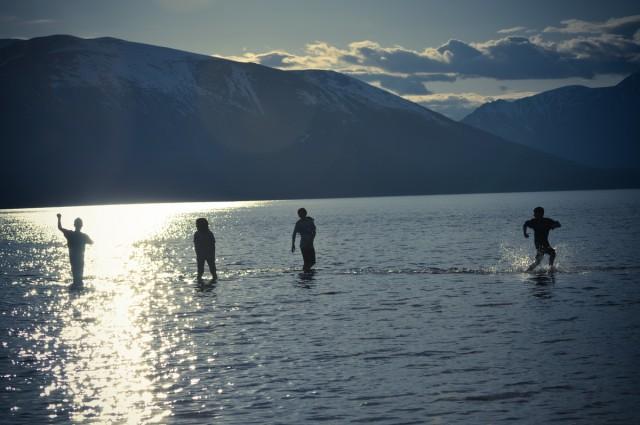 Pioneered in 1898 during the time of the Klondike gold rush, Atlin was a northern hot spot; profitable claims similar to those found at the Klondike were plentiful here. The name Áa Tlein, otherwise known as “big body of water,” has been used for hundreds of years by the local inland Taku River Tlingit first nation that call Atlin home…(continued in BC Outdoors Jan/Feb issue).

Travelling down Atlin Road you’ll pass many lakes, some of these with good fishing and others with downright amazing fishing…Little Atlin Lake is the first lake on the road south. Five minutes from the Highway 8 junction this lake offers some incredible fishing for northern pike, Arctic grayling, lake trout and white fish. From shore, 10-pound pike can be seen patrolling the shallow water…(continued in BC Outdoors Jan/Feb issue). 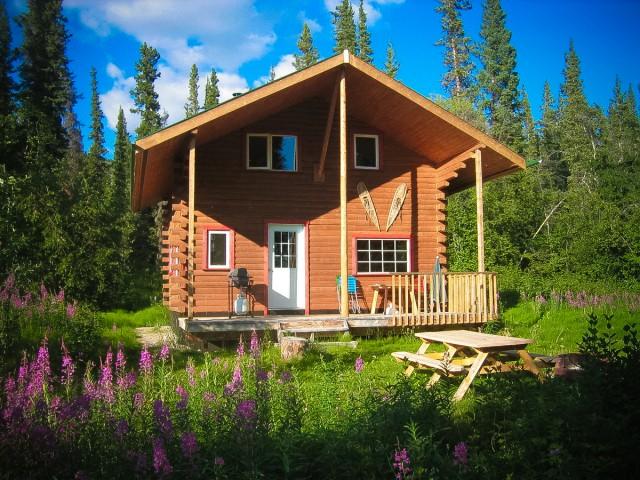 Just south of Snafu Lake lies Tarfu Lake. The main species here is also northern pike but lake trout and grayling can be caught as well…(continued in BC Outdoors Jan/Feb issue)

Como Lake is a day-use only area. Stocked with rainbow trout this lake
offers great fishing and is accessible by boat or canoe…(continued in BC Outdoors Jan/Feb issue)

Atlin Provincial Park and Recreation Area has seven different camping areas all located on the shores of Atlin Lake. No-trace camping in the park is requested to maintain the untouched beauty this area offers..(continued in BC Outdoors Jan/Feb issue)