The perfect meal after a chilly day of ice fishing

One of the things I love most about winter is bundling up on a late frosty afternoon and heading out to my favourite frozen lake for an evening of burbot fishing. I like to get to my special spot (a drop off along the rocky shoreline I discovered while swimming in the summertime) just as dusk is about to settle, as this seems to be the most prospective time and place to test my luck.

My trick for drawing the attention of burbot is to drop a heavy, flashy lure to the bottom and bounce it a few times, which sends out vibrations while stirring up the mud, resembling the action of smaller fish scavenging for food, and that almost always attracts predacious burbot with their insatiable appetites. And when they strike, I know I’ll be in for some good eating.

The biggest secret to enjoying burbot at the table is getting past their unattractive appearance on the ice. Let’s face it, when they emerge from the hole, they’re not very pretty to look at. Burbot have an eel-like body resembling a writhing snake, a large, flat head and a hideous-looking, pouty, downturned mouth with a barbeled chin, so it’s understandable why some fishermen frown at the first sight. But I assure you, once a dressed burbot lands in the kitchen, any chef will be eager to tackle the appetizing skinless, boneless flesh.

I have some delicious recipes in my files that make it easy to get hooked on burbot, but on chilly winter days nothing beats warming up with a bowl of hearty fish soup. The recipe I like best is one I adapted from an old Finnish cookbook and it’s no surprise to me the Finns excel at cooking burbot, since it is their country’s most common species of fish. 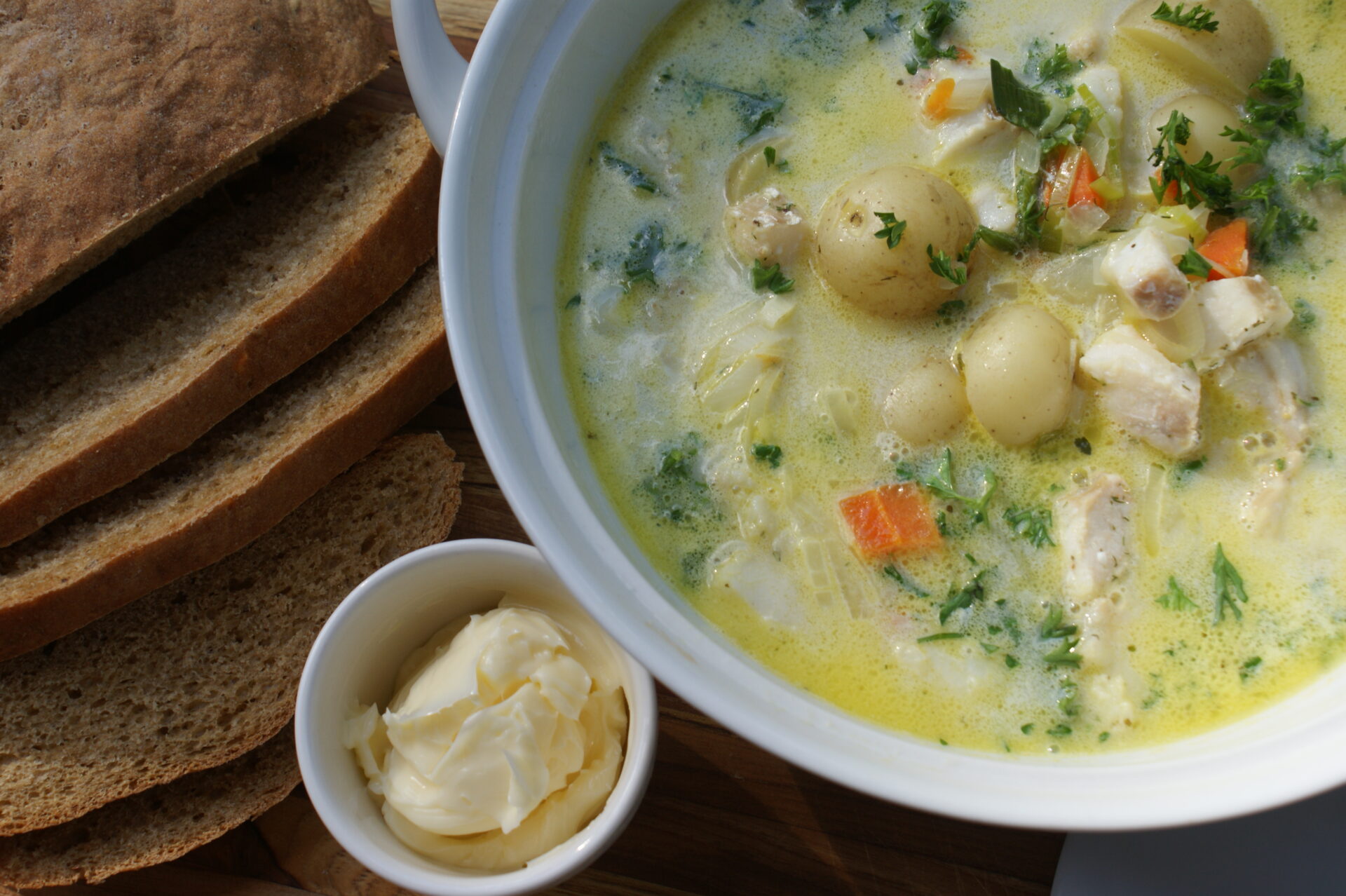 Fish soup is known as kalakeitto in Finnish and it’s interesting to note that in 2018, Finland declared a National Fish Soup Day (Kalakeittopaiva) on the second Tuesday of February, so if you wish to celebrate in authentic Finnish fashion, catch yourself a burbot and get out the soup pot.

To turn the soup into a full meal, all you need on the side is a thick slice of homemade bread slathered with butter, and my choice this time around is a versatile Finnish bread known as rieska. Some rieska recipes turn out a cracker-like square, while others, including mine, make a wholesome dark rye, yeast-risen loaf that’s perfect for dunking into the thick, creamy soup. 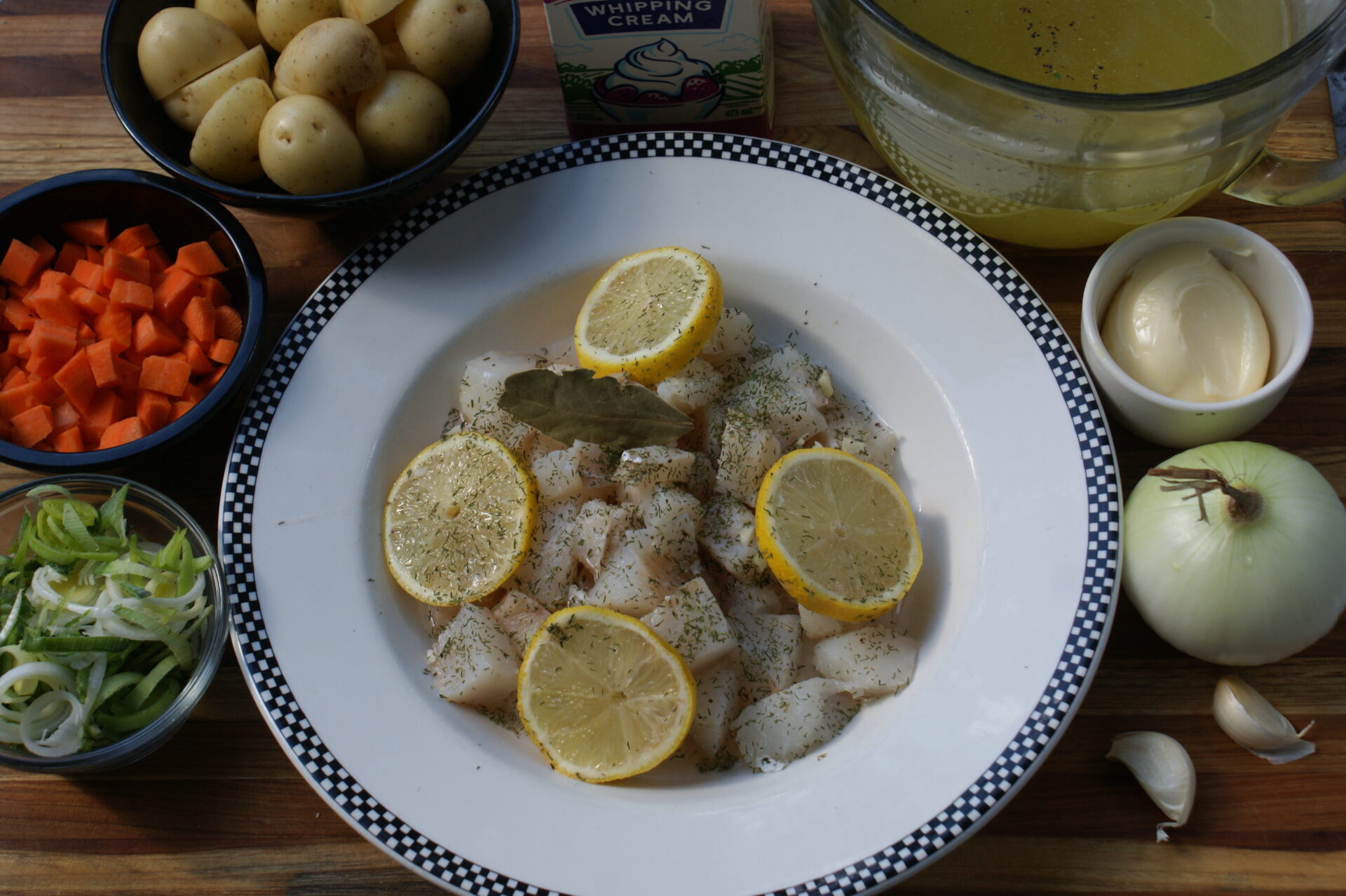 Even though the original recipe specifically calls for burbot, you can make it with any white or light-fleshed catch with good results. Serves four to six.

Melt butter in a soup pot, sauté onion, leek, garlic and carrot until soft. Add stock, potatoes and bay leaf. Simmer until potatoes are merely tender. Remove and discard the bay leaf. Add the fish, simmer for five minutes or until cooked but not falling apart. Stir in the cream and dill, heat through. Season and garnish with fresh chopped parsley.

This recipe makes two loaves, which are good savers, so you can eat one loaf fresh from the oven and keep the other on hold in the bread box, saved for fish soup day.

Combine flours, yeast, salt and seeds in a bowl, set aside. Put buttermilk, molasses and butter in a saucepan and heat until butter is melted and mixture looks curdled. Slowly work the warm buttermilk mixture into the flour until all is absorbed. Turn out on a floured board and knead until smooth, about 10 minutes. Place in a large, greased bowl, cover and rise in a warm place until doubled in bulk, about one hour. Punch down, cut in half, form into balls. Shape each ball into a seven-inch round loaf, place on a greased baking sheet, cover and let rise for one hour. Brush the loaves with one tablespoon melted butter and bake at 350 degrees Fahrenheit for 45 minutes or until they sound hollow when tapped.