All About 3D Competitions

Now that you have a bow, arrows and a basic knowledge of shooting, but are looking to apply the discipline of archery to a hunting scenario, 3D archery may be for you. 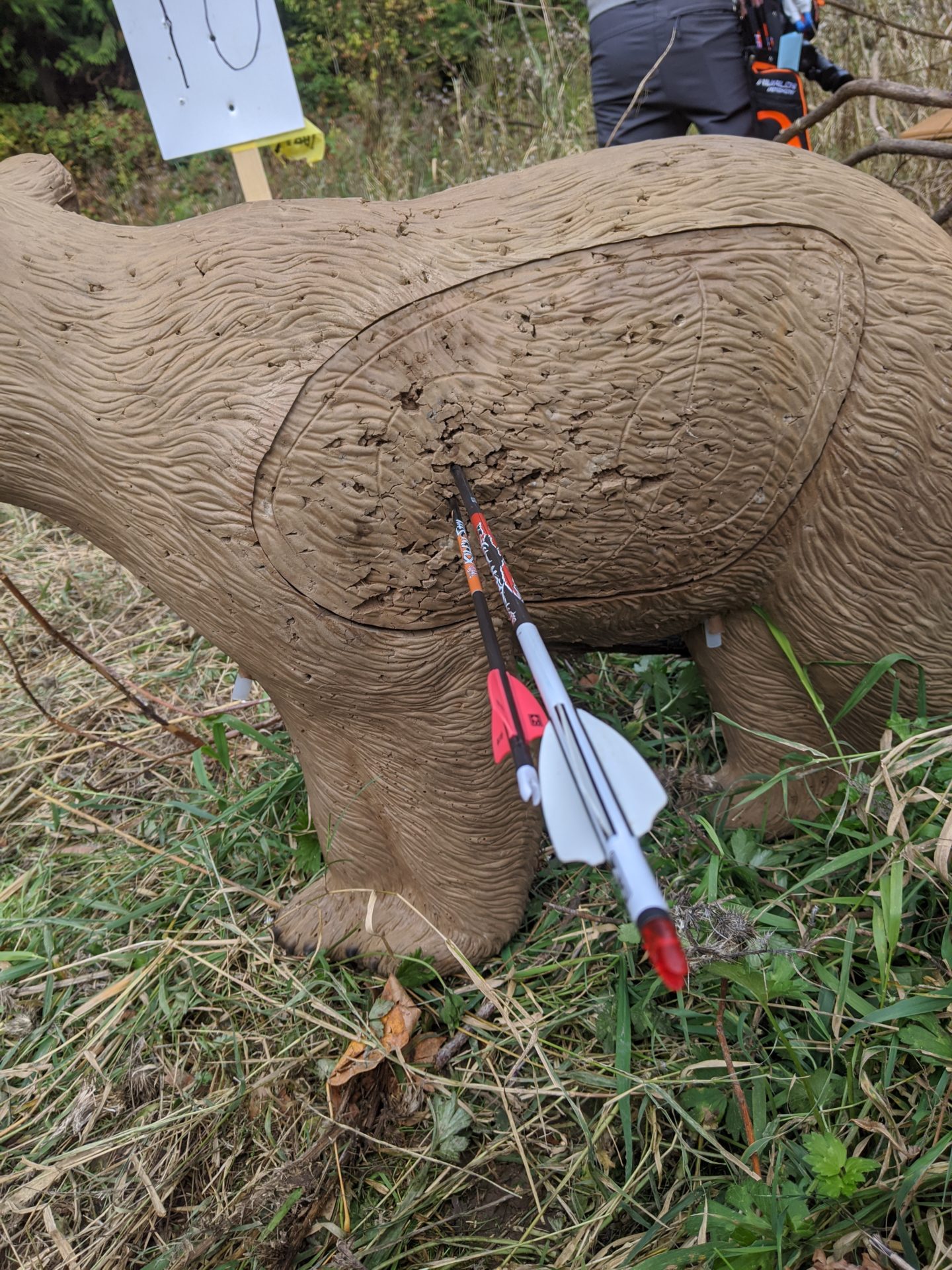 What is 3D archery you ask? Well, if you can imagine combining a scenic round of golf with a hunting trip for many of the world’s big game animals into one, that’s 3D archery! Simply switch out the hole with a three-dimensional foam animal target while shooting it from an unknown distance and you’re almost there. While golf scores are added by counting your golf strokes on a single hole, 3D archery typically scores a single shot at a series of scoring rings on a single life like animal target. A typical 3D archery course consists of 40 life-sized animal targets connected by a set course or hiking trail. The scoring typically consists of an inner 11 ring (sometimes scored as a 10x), a 10 ring which simulates a heart placement shot, an eight ring which would be similar to a lung shot, and the rest of the body scoring five points. If an archer misses, which is not uncommon, clubs often allow a second arrow which scores half points – five, four and two, respectively.

Each 3D event host or archery club will set up their 3D courses differently to typically mimic a hunting situation for the animal (target). These targets or shooting platforms may be set on hillsides, over creeks or water, in open fields or a dense wooded area, but it is ultimately up to the host of the shoot. 3D archery shoots also usually carry on through all weather conditions (realistic hunting conditions), so be prepared.

First of all, don’t be afraid or nervous about attending a 3D archery event. In my nearly 20 years of competing in 3D events throughout Canada and the United States, there is one common theme that nearly always remains the same, and this is the character of the people involved, organizing and participating in these events. Most of which are down-to-Earth people who will genuinely give assistance, advice or even lend out equipment to help make your first 3D events memorable. 3D events range in cost from $10 to $30 per day to shoot. Event awards often consist of a first, second and third place ribbon throughout a range of ages and shooting categories for different archery equipment. Along with meeting good people and often having good food, many 3D event hosts have door prizes on a raffle basis, varying from kids’ toys to gift cards and occasionally complete long bows or compound bows donated by people, hosts or local pro shops. Hosts often help support local charitable organizations through raffle prizes, entry fees and donations.

Finding an event in your area is relatively easy. Just contact your local archery pro shop, or local Fish and Game club and someone can usually provide you with the information. In the Lower Mainland of British Columbia throughout spring, summer and even winter months, there is a 3D event almost every weekend. Or you can combine your weekend, summer or holiday travels with a 3D archery shoot in different locations throughout the province. From BC’s largest indoor 3D shoot, held annually in Abbotsford in January, Logan Lake’s (nearly famous) Father’s Day weekend shoot, to Williams Lake and Prince George putting on some of the most challenging and scenic 3D shoots, recently hosting provincial and national outdoor events. If south of the border is your thing, there are 3D shoots 30 minutes across the border at Sumas, northern Washington, and beyond as well. 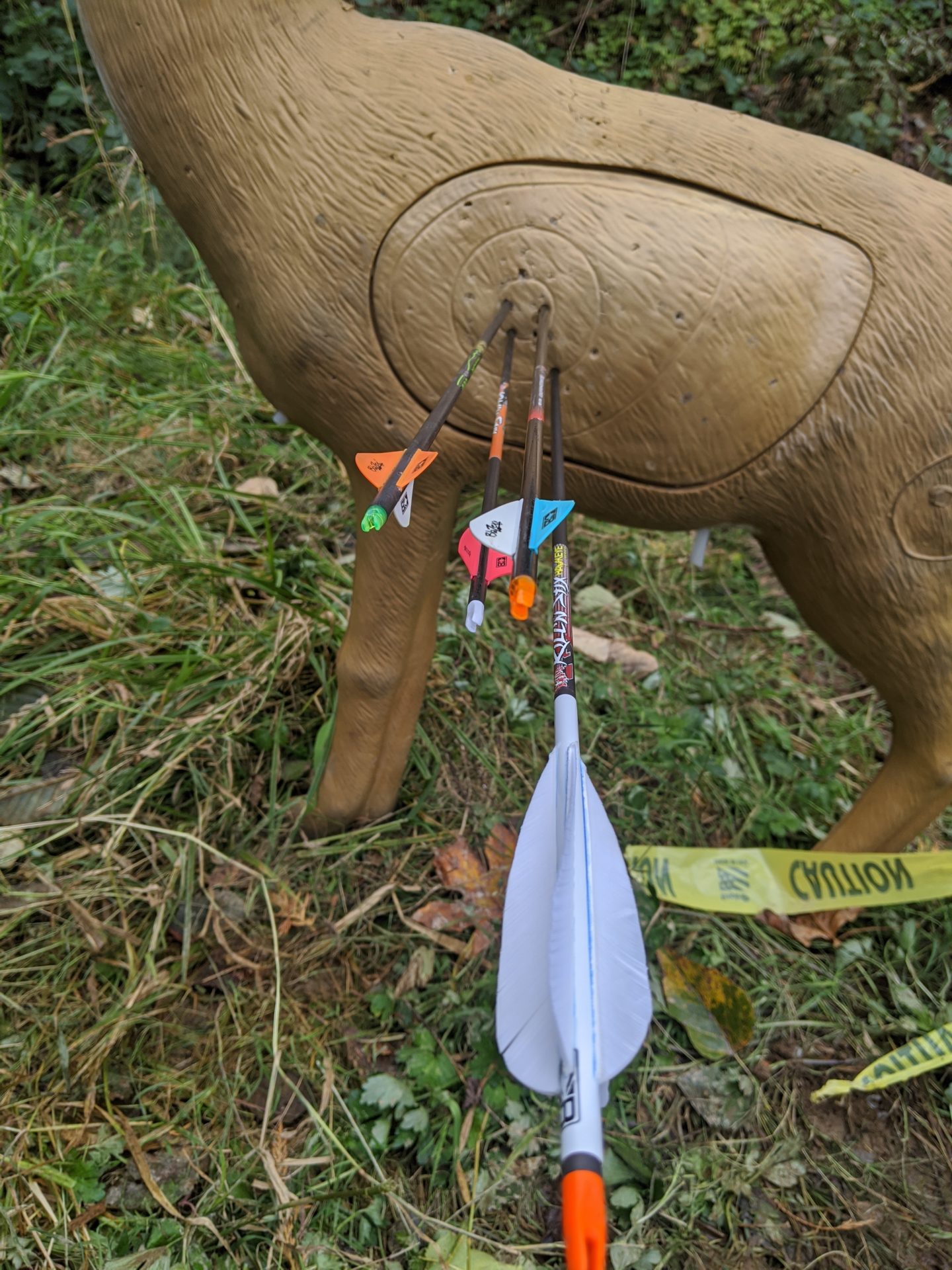 Now that you found a 3D event that you would like to attend, make sure that your archery equipment is adequate and in safe working condition. This can be done by attending a local archery pro shop, like Boorman Archery in New Westminster, or attending an archery night at a local archery club and speaking with fellow archers. When it comes to your equipment, the most common issue I hear with new 3D archers is, “The internet said this was the best.” Archery equipment is very personalized. What works well for one may not work well with others. A well set up but less expensive bow can shoot better than a poorly set up bow with a higher price tag.

Typical equipment for a 3D event is a bow (long bow, recurve bow or compound bow, and occasionally crossbows), a number of arrows with field points (not hunting broadheads), quiver, binoculars and a good pair of walking/hiking shoes or boots. There are multiple classes/divisions for archers who shoot different styles of equipment.

The most challenging part of 3D archery is usually estimating the shooting distances between the shooting stake and the target. When you’re hunting, you typically have to be able to judge distance to your target before taking your shot. Granted, many of us have rangefinders to help with this, but those are sometimes less than useful in certain weather conditions. With that in mind, 3D archery was originally conceived to add the challenge of judging distance to the sport. For that reason, most 3D archery shoots are called Unknown Distance shoots, and various ranges are used for shooting stakes. These ranges usually fall within 25 to 50 yards (22.86 to 45.72 metres). This adds a level of realism to the competition that differentiates 3D archery from other forms of target shooting. If new archers need a hand with assessing yardage, it is recommended that they shoot last in the group, as discussing yardage prior to other competitors in the group shooting is frowned upon.

When it comes to judging yardage, there are a few simple ways to do this. Personally, I prefer finding my 20-yard (18-metre) spot on the ground first, as that is the most common distance that I practice. From there I’ll add in one to 10-yard increments until I reach the target. If still unsure, I’ll count the yardage in the same increments from the target back to my feet where I’m shooting from. If still unsure, choose a spot halfway to the target, and find that distance, once determined, simply multiply that number by two. When taking shots at targets in wide open areas such as a field, it is common to under judge yardage and shoot low, so until you’re confident in the yardage, it can be a good idea to add two to five more yards onto your original estimate. As any activity, practice makes perfect. So next time you’re on a walk, bring a range finder, stop on the trail and guess the yardage to that tree stump or rock up ahead. Once you’ve estimated the distance, double check it with your range finder. You will be amazed at how accurate you become.

Once you’re confident in your yardage and your equipment is shooting consistent, it’s time to fine tune your equipment to bring up your 3D score. A common way to do this is to switch to a lighter overall weight premium arrow. There are factors to consider when doing this, such as arrow front of centre (FOC), minimum grains per inch required and arrow spine. This can be simply calculated at your local archery pro shop. The benefit of a lighter arrow for 3D archery competition is simply flatter arrow trajectory. This is done by increasing the speed of the arrow, and ultimately tightening the pin gap on your bow sight, reducing the margin of error in determining yardage. Arrow manufacturers, such as Alberta-based premium arrow company Killn Stix, can provide a variety of arrows of different weights, diameters and price ranges. I, as well as many others, have used these arrows for target competitions in Las Vegas to local 3D events, and of course for hunting. Maybe you’re in the market for a new, overall faster bow. If this is the case, you’re in luck. Your local archery pro shop should carry a selection of bows for all abilities at different prices. Hopefully see you at the next event!