Sunday dinner, fresh off the smoker

When I fire up the old smoker, I like to fill it up with as much meat as possible to make it cost effective to use. (Those pellets and pucks start to add up in a hurry if you’re not running the smoker at full capacity.) We had a batch of sweet chilli venison jerky to put into the smoker, and there was just enough room to tuck a small venison roast in as well.

While the smoker imparts a subtle flavour that compliments venison well, I find that finishing the roast off in a cast iron pan on the stove provides the perfect crust for a medium-rare roast. 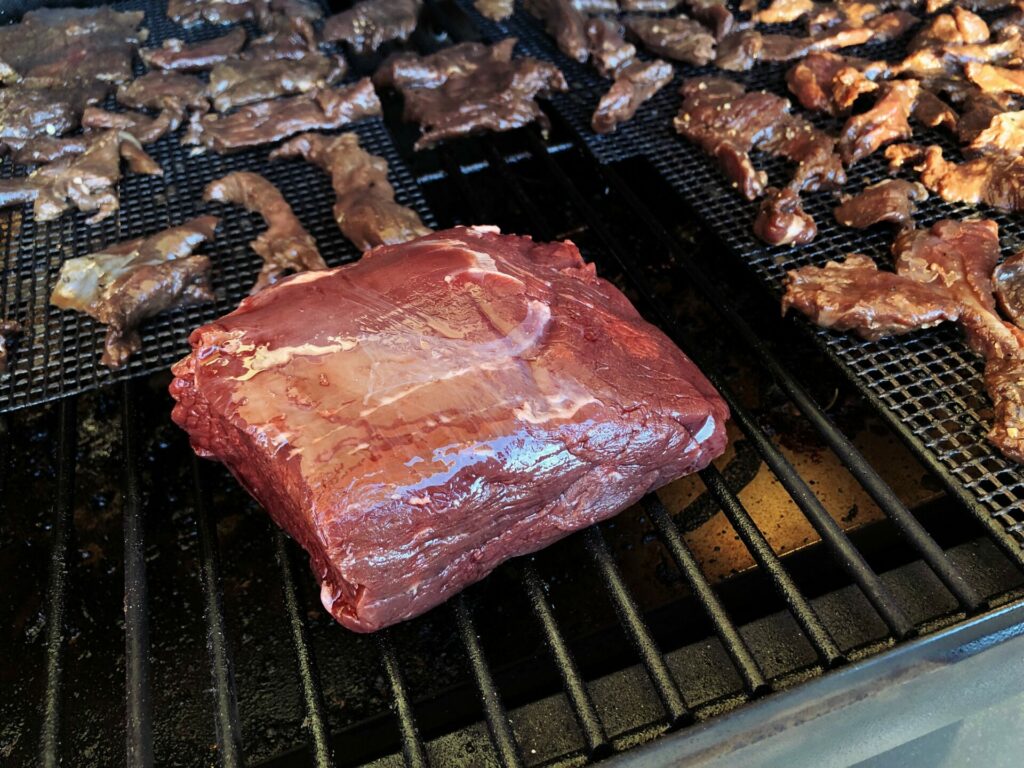 One venison roast (around two pounds)

Salt and pepper, to taste

How To Smoke A Venison Roast

Heat the smoker up to 180 degrees Fahrenheit. Place roast directly on the grate (feel free to season with salt and pepper either before or after smoking). Smoke until about 10 to 15 degrees Fahrenheit less than your desired final temperature (see note below), then remove from the smoker.

Melt one tablespoon of butter in a cast iron pan on the stovetop. While pan is preheating, tie the bundle of fresh herbs and a couple tablespoons of butter onto the roast with butcher’s twine. Place into the pan and sear on all sides (about two to three minutes per side.) Remove from heat and allow to rest for around 10 minutes before serving.

Note: I prefer my roasts at medium rare, which is 135 degrees Fahrenheit. That means it gets removed from the smoker around 125 degrees Fahrenheit, seared and then allowed to rest. During the resting time, the roast will continue to cook a bit. 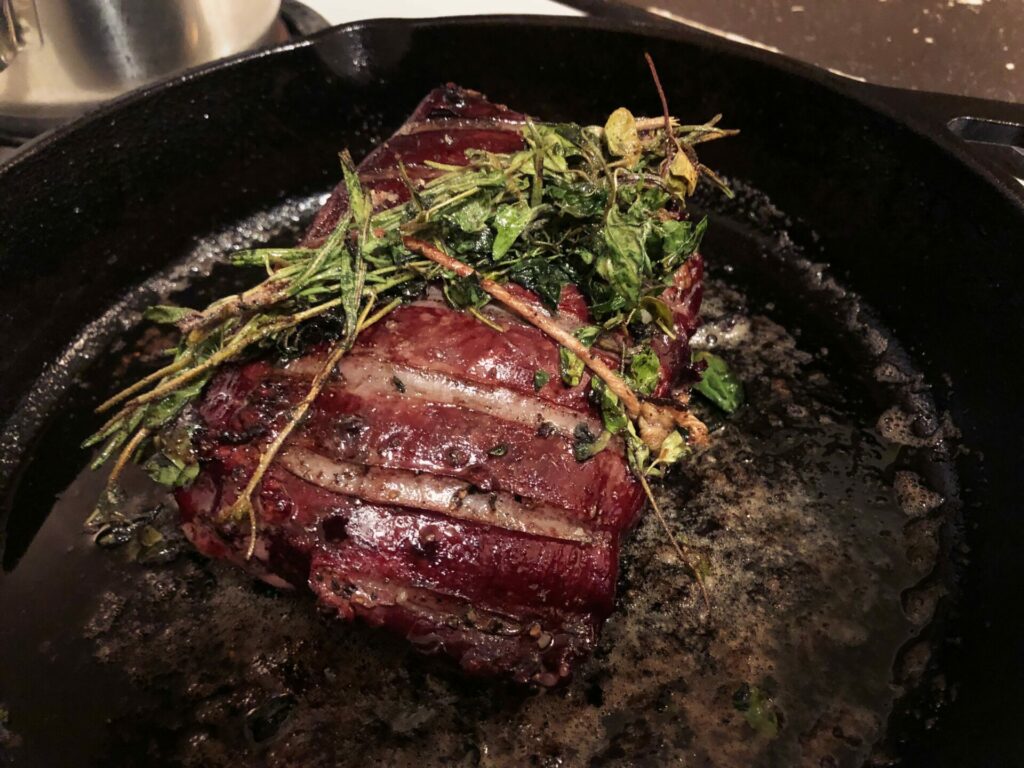