A Zesty New Twist For A Classic Fish 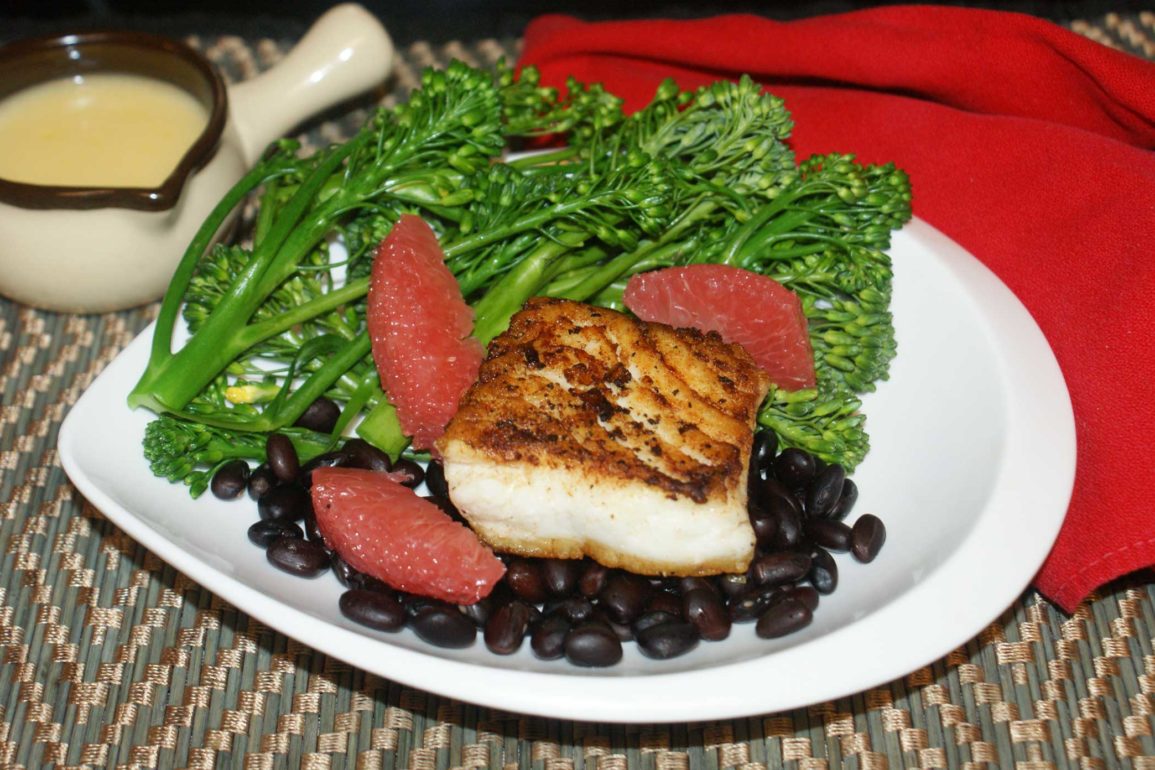 The next best thing to going on an exciting, chartered, west coast halibut fishing adventure is reeling in some prized catch to share with family and friends because, when it comes to serving a gourmet fish dinner, you just can’t beat halibut with its tender, white flesh and mild, sweet flavour! In fact, with this delectable dish, I’ve easily converted those who proclaim they “don’t like fish” into begging for a second helping!

Since halibut has firm flesh, it can stand up to the higher heat required in this recipe for pan-searing, which produces a beautiful, golden-brown crust on the outside of the fillet, while leaving the middle section snowy-white and moist.

If you’ve been shying away from the idea of pan-searing fish, fear no further for it’s really not hard to do if you follow a few basic steps, with the biggest secret being to use a cast-iron or heavy-bottomed, stainless-steel skillet that can take the heat. Avoid using a non-stick or lighter pan, which is more prone to burning than searing.

The grapefruit butter sauce is an adaptation of the classic French beurre blanc (white butter) sauce, in which butter is suspended in a reduction of wine and an acid such as white wine vinegar or lemon juice – or grapefruit juice, as I have used to create a fruiter sauce with a little less pucker, which I find is perfect for the delicate-flavoured halibut.

I like to serve the seared halibut on a bed of black beans with steamed broccolini on the side, as the sauce is as good on the beans and greens as it is on the fish. You can serve the grapefruit butter sauce in individual dishes as I do, so everyone can do their own drizzling, or spoon it over top of the fish upon serving. Serves four.

Prepare the sauce first and hold it hot over a double-boiler while searing the fish.

Measure wine and grapefruit juice into a small, heavy-bottomed saucepan. Add the shallot. Bring to a boil, reduce heat and simmer over low burner until the liquid is reduced to a syrup. Be careful not to let the reduction simmer down too low or it may burn. Whisk in the cream. Over lowest burner setting, add one tablespoon of butter at a time, whisking after each addition, until all of the butter is incorporated. Do not allow the sauce to boil. Season with salt, pepper and pinch of dill weed, if desired. If you wish for a smoother sauce, you can strain out the shallots upon serving.

Pat fish dry with paper towels. Season both sides with salt and pepper to taste. Heat skillet over high heat. Add enough oil to generously cover the bottom of the pan. When the oil is sizzling, place the fillets in the pan and press each one of them down firmly with a spatula to ensure even browning on the bottoms. Reduce the heat to a medium-high setting and cook the fillets for four to five minutes, depending on thickness, or until the bottoms are golden-brown. Flip over and press down with the spatula. Cook for another three to four minutes. Do not overcook them. Remove from the pan and pat with paper towels to get rid of traces of oil.