I am continuously amazed by how many tyers continue to design and develop a seemingly endless stream of new and innovative flies. However, despite this bounty, it is still good to know that traditional old-school flies, such as one of my personal favourites, the Carey Special, still deserve a place in any well-stocked stillwater fly box. 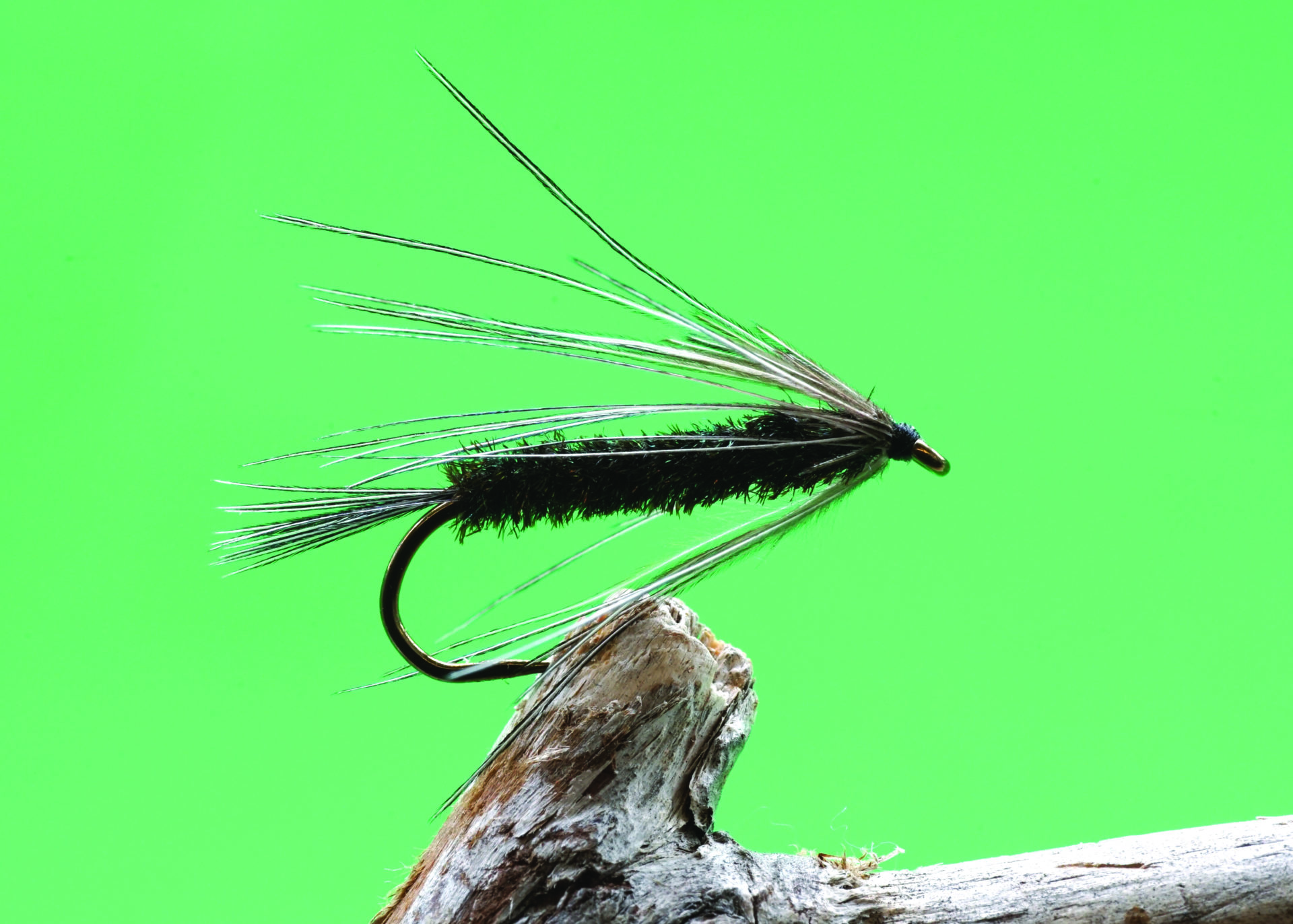 The Carey Special traces its roots back to 1920 when Colonel Tom Carey and Dr. Lloyd Day collaborated on a pattern originally called the Monkey Faced Louise or Dredge. Their design featured a dense pheasant rump hackle and a dubbed fur body from a dead marmot Dr. Day had found on his drive to rendezvous with Colonel Carey for a fishing trip. Since this initial prototype, the Carey Special has undergone many mutations. Still, the fly’s core remains the same: a pheasant rump tail and hackle, coupled with a body using a variety of materials.

Pheasant rump remains the pattern’s key ingredient for both the tail and hackle in many modern variations. You have the choice of using either brown or blue-phase pheasant. Of the two, I lean most times towards the blue phase. There are other hackle and tail options worth trying too, including webby hen hackle, peacock breast feathers and, a personal favourite, guinea fowl. A Carey tied with a dyed olive, green or yellow guinea hackle, coupled with a peacock olive chenille body is perhaps my favourite suggestive dragonfly nymph.

No matter the hackle choice, it is always best to select your hackles from a complete cape. A cape provides you with a comprehensive range of sizes and feather styles. Loose pheasant rump doesn’t usually offer the size range of a cape and can be damaged when stuffed into the bag during the packaging process. I prefer to use the thin-stemmed, longer-fibered feathers from the rear of the patch for the front hackle. The smaller, spade-like feathers found at the base of the cape for tail are better suited to form a neat, gathered tail.

The original Carey Special used three to four pheasant rump feathers to form a dense front hackle. Most Carey Specials today feature a single feather, and I have to admit a preference for a sparse hackle, feeling the individual fibers move best with the strip pause retrieve I most often use when fishing a Carey Special. I feel a strip pause best animates the fly, as the fibers collapse against the body on the strip and flare on the pause, providing a pulsating motion trout find hard to resist.

It is crucial to select the correct fiber length to match the overall size of the fly. Although the choice of fiber length is yours, I prefer feathers with a fiber length no longer than the tips of the typically half shank tail. Most times, if I can, I favour hackle feathers with fibers that reach back no further than half the tail. Once selected, strip the soft flue from the base from the stem. Although you can tie in the hackle by the tip, I prefer to tie it in by the stem, wet fly style, with the most prominently coloured or convex side of the feather facing me. I always leave a small section of the stem exposed. The exposed stem allows you to properly position the hackle fibers as you wind and sweep them back. Once tied off, I pinch the hackle on all sides to train and flow the fibers along the body. Brushing the finished fly with a toothbrush also helps break apart the individual hackle fibers so they can move independently of each other.

When it comes to body makeup of a Carey Special, the sky is the limit. I have experimented with numerous options, including dubbing, chenille, Crystal Chenille, yarn, pheasant tail fibers and peacock herl. You can use a pheasant rump hackle tied in by the tips, which you then twist and wind forward to create a Self-Bodied Carey. When using fragile body materials such as peacock or pheasant, twisting the fibers as you wind them adds durability. You can also coat the hook shank with brushable superglue before wrapping the pheasant or peacock forward or incorporate a thread or wire rib for added strength. Duncan Laird ties a unique Carey featuring a spun and clipped deer hair body, coupled with a blue phase pheasant rump tail and hackle. Duncan blends six to 10 different colours of dyed and natural deer hair trimmed from the hide in a container. Once spun and clipped to a robust cigar shape, the color variations merge to form a convincing, natural-looking body.