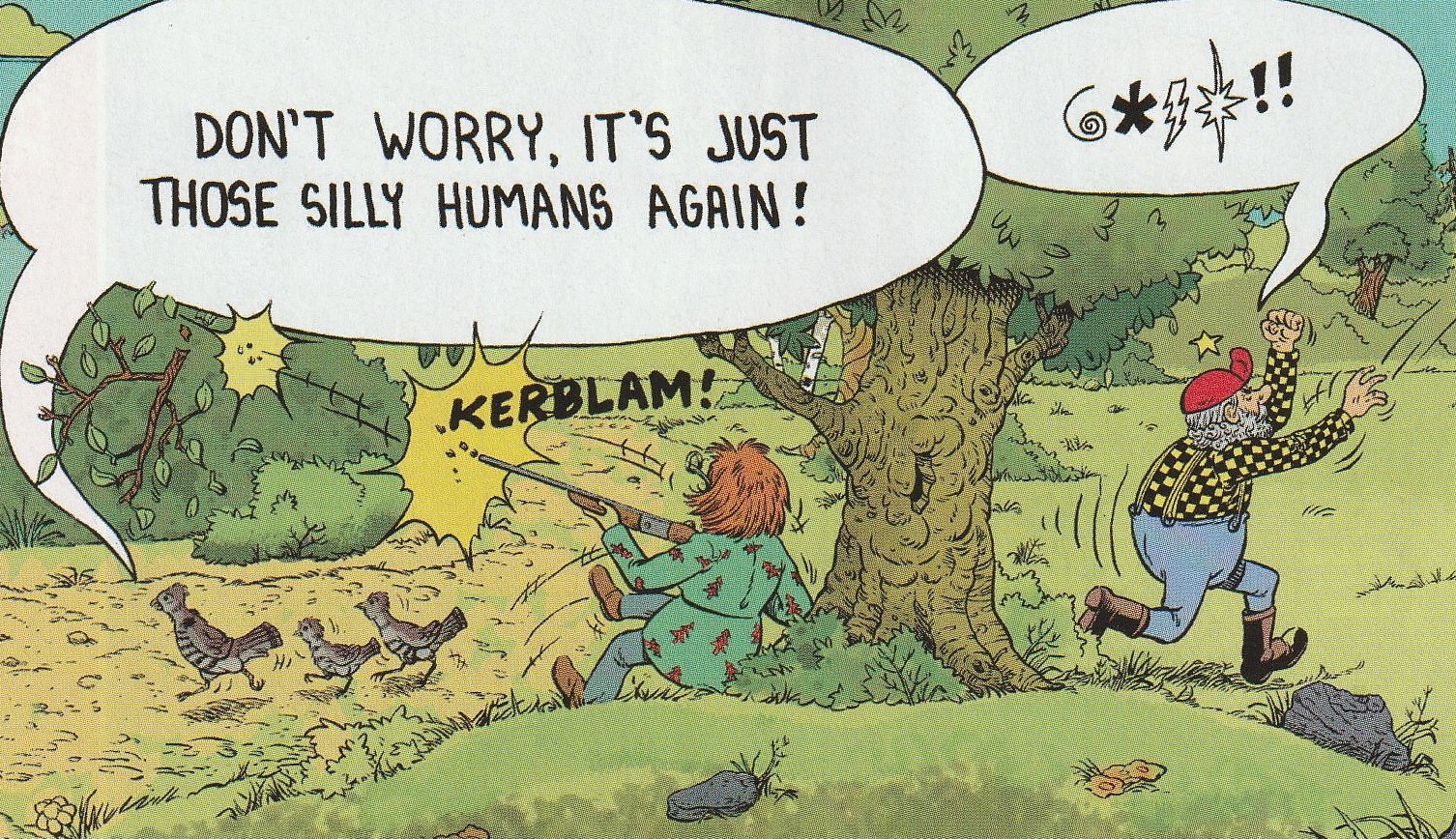 You have to earn your plateful around here

Mother Nature’s clock ticks slowly this time of year. The chickens don’t lay much, the dog is on his blanket behind the woodstove and my neighbour Jack Jenkins’s cows are on the feedlot, plus or minus a few.

One morning, the sun bored through the fog of our usual inversion and lit up the last of the straggling fall colours. Steam rose from the fields and snow had crept down the mountains to the east.

It was a perfect day for some grouse hunting. I dusted off my ancient Cooey single shot, breach loading, Simpson Sears, 410 gauge, jumped on the quad and buzzed over to Jack’s place.

The only game he followed these days was on television. Naturally, he rooted for the one team named after something you could eat, the Edmonton Elks. I gave his door a courtesy knock before yelling.

“Jack! Jack, shut that game off and c’mon out here.”

He turned off the tube and took a quick look at his cows.

“Hey, get out of there!” he hollered. “Esther, that moose is at the hay feeder again.”

A sturdy young bull was busy butting cows away from a hay bale piled on a steel feeder by the silo. It was kind of cute at first, until he reared up and stomped one of the cows.

“Hey, cut it out!” Jack shouts, grabbing the keys to Freddie the flatdeck. “I better put the run on him before anything gets hurt or broken or eaten when it shouldn’t be.”

Jack idled up to the wannabe farm stock, nudged it in the rear end with the bumper, put another dent in the hood, and with a clang of antlers on hay feeder the moose was loose and long legging it over a nearby fence.

With the herd settled down and the barnyard returned to fully fed winter bliss, I threw the lunch and the shotgun in the truck and we were off in a cloud of smoking motor oil.

Beautiful morning that it was, it didn’t take long to come across a procession of ruffed grouse tiptoeing out onto the gravel road.

“There you go, Esther, road hens. Grab your pea shooter, go stand in front of the truck, feed in a shell and get our supper.”

“What? You want me to shoot one of those?”

“Actually, I was hoping you’d shoot them all.”

My hands shook. I shook my head. I pulled the trigger.

The hen flapped into the bush.

“We’ve got to find that bird, Esther.”

Half an hour later, Jack, having dispatched of the hen, tossed it into Freddie’s toolbox.

Suddenly, I didn’t feel like hunting anymore and the afternoon was slipping away, so we turned around and headed for home.

Meanwhile, back at the ra… ah, forget it. The moose is back in the feeder, hogging the hay. The cows mill around, mooing in protest.

Determined to put the run on Bullwinkle once and for all, Jack hooks Freddie up to the feeder.

“I’ll just drag it into the tractor shed until he moves on,” he says.

Three of the wheels on Freddie, the old Detroit lawn ornament, dig holes. The moose had dropped anchor.

Somehow, his rack got wedged between the bars of the feeder while he was hoovering up the hay bale. Frantically thrashing around, he’s more than a match for Freddie.

Finally, the feeder frame breaks and the steel frame of his lunch basket begins to bend. His head pops out of the feeder and he gives it a shake, standing there blinking at us.

Jack lays on the horn, sending the grass-fed barn burglar trotting into the poplars.

“Not so tough now, eh? You freeloading, four-legged barrel of swamp gas,” Jack yells after him.

“They kind of look like they’re on stilts, don’t they, Jack.”

“Sure, but I wish he’d join a different circus.”

“That’s the last time I go grouse hunting with you, Jenkins.”

“Hah, you love every minute of it, Esther.”

I’ll never tell him of course, but it’s true.