To say that it has been an abnormal fall in the rural reaches of this vast province would be an understatement. The weather has been incredibly mild, and in the case of September, unusually hot. Coupled with drought-like conditions that have left the earth parched and in desperate need of respite, the 2022 hunting season has been far different than years prior.

Adding to the unusualness of this season is the fact that by the autumnal equinox, the hunting season in our household all but came to a very early end. As I found myself saying to a family member the other day, “It was over before it ever really began.” Having effectively filled the freezer by tagging my first bull moose at the beginning of September, we were relishing the idea of late-season deer hunting with no pressure to bag a buck.  It had felt like an eternity since we had the pleasure to do that – keeping in mind that the pressure we put on ourselves was 100 per cent self inflicted; although we prefer to consume meat that we have hunted, fished or raised, we do have other options at our fingertips. 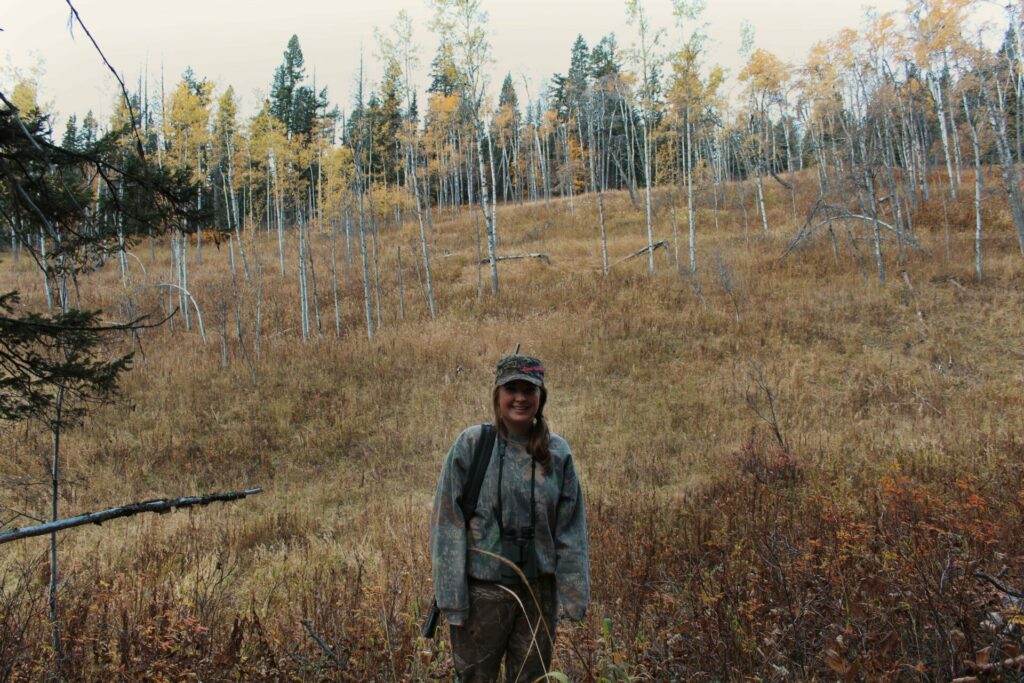 Nonetheless, that pressure was off as we tucked the moose into the freezer, package by package as we butchered it at home. We hardly had a chance to recover from that monumental task, though, when my partner was presented with an unexpected opportunity on a beautiful, mature mule deer buck one evening.

So, there we stood, beers in hand, staring at the buck we had strung up in the meat cooler. Rather anticlimactic, to be at the first day of fall and have our hunting season, in essence, come to an end. Both of us still have plenty of uncut tags in our pocket, but we have been blessed with enough meat that to continue the pursuit to take another life isn’t really in the cards as of this moment in October.

Now the rest of hunting season looks a lot different for us than in years prior. During my morning and evening walks, I am now armed with my camera and accompanied by our rather oafish dog (who, for the record, is not a hunting dog whatsoever and could care less about most of our fall adventures). Ironically enough, word must have gotten out around the forest about my excitement to get some cool photos of the local wildlife, as I haven’t seen much other than the odd crow over the past several weeks.

Come mid-November, when the big mulies come out to play, I might lace up the old hiking boots and put a few miles on in the hills just to see what I can see. For now, though, I will simply enjoy the next few weeks as a not-all-that-successful amateur wildlife photographer, leaning back on the comfort of a full freezer.