Black bears are challenging to hunt and, when luck is with you, they dish up a whole lot of good eating. And the bonus deal is there are two bear hunting seasons per year, spring and fall, so what could be better than that!

Folks who have never feasted on bear often ask what the meat tastes like. I find bear has a milder flavour than venison, namely deer. It is more marbled than beef and has a coarse-grained, pork-like texture.

Meat from a spring bear that’s slept off his winter fat is much leaner than that from a hefty fall bear who has been gorging on his favourite foods to build up a layer of fat for the winter hibernation. This always generates some controversy amongst bear connoisseurs as to which hunt delivers the best-tasting meat.

In my opinion, meat from both seasons are equally delicious if a few precautions are taken. When I’m partaking in the spring hunt, I do not rush out too early in the season, as I like to allow the animal enough time to clean out its system after the long stint in the den. The meat is best when spring is in full bloom and bears are feeding on rich grasses, shoots and buds.

If I’m hunting an autumn bear, I never pursue them in areas where they have easy access to salmon spawning waters, as I find the taste of the meat reflects the animal’s diet. Some of my favourite woodlands to stalk fall bears are in rich blueberry patches, around bramble bushes loaded with plump rosehips and anywhere hazelnuts grow.

Of course, the biggest secret to great-tasting game lays in properly field dressing the animal immediately after the kill is made, in order for body heat to escape quickly. Since bears have such heavy coats, they should be skinned promptly so the meat can cool down.

Whether your bounty is from a spring or fall hunt, you’ll find it earns big praise on the table in this mouth-watering, sweet-and-sour recipe. In fact, if you want to win somebody over who has never dined on bear before, this colourful dish is guaranteed to do the trick. It goes great with steamed rice on the side and a dry red wine such as Merlot for toasting. Serves six. 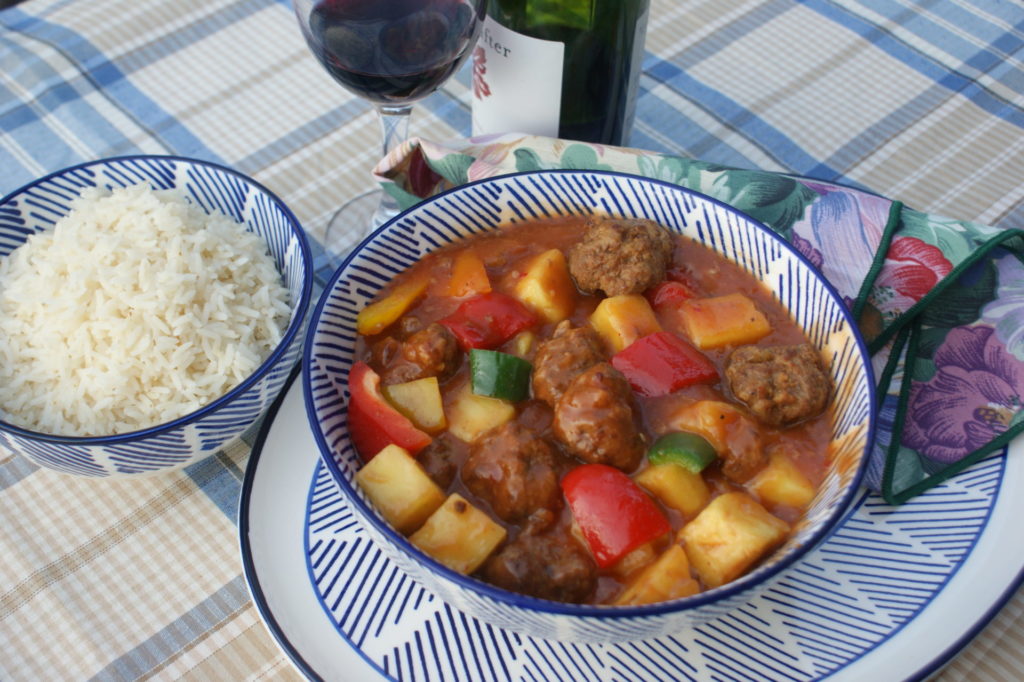 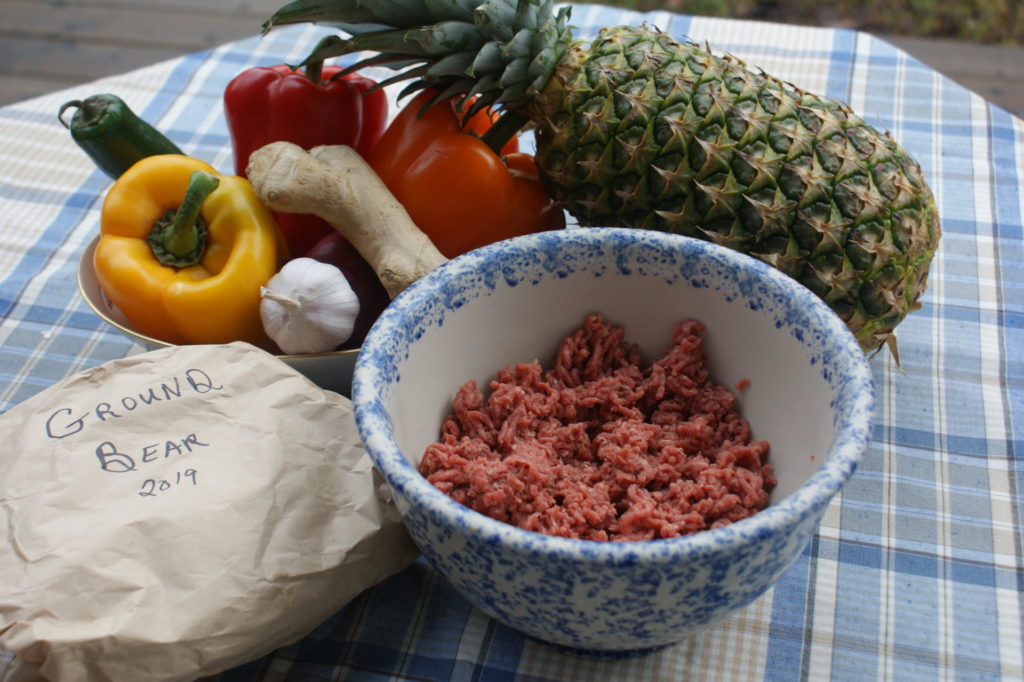 Combine first eight ingredients into a large bowl, mix well and form into balls. Place on baking sheet and chill in the fridge until firm.

Heat a frying depth of vegetable oil in a large, deep skillet. Dust the meatballs with flour and fry, shaking the pan often, until browned on all sides – about three minutes. Drain and discard excess oil.

Note: bear meat, like pork, must be thoroughly cooked (internal temperature reaching 160 degrees Fahrenheit) to safeguard against trichinosis so, as tempting as the golden-brown meatballs may be at this point, don’t sample them yet until they undergo further cooking.

Mix together the stock, juice, gingerroot, honey, ketchup, sherry and soy sauce in a bowl. Pour the sauce over the meatballs. Return to stove and simmer, covered, for 40 minutes. Add the peppers and pineapple, simmer until peppers are tender. Stir in the thickener and cook, stirring constantly, until thick and clear.