Although I managed to spend a few days in the field last week with my Dad, this season will close without a shot fired from me.  But now, I am looking forward to next season. 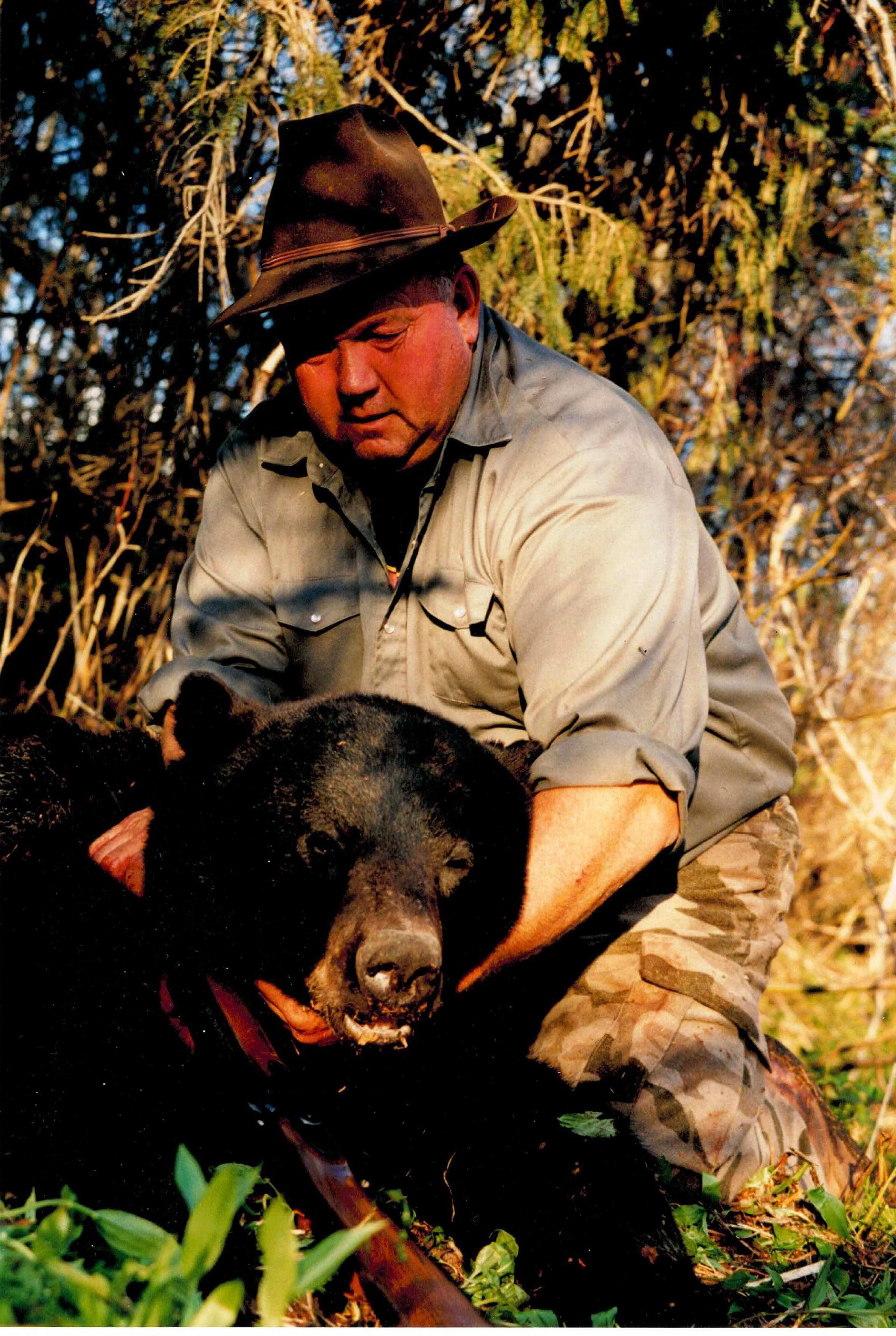 What has me this excited for next spring’s season?

It was a bear we came across on our last evening in the field, a true monster!! Over the years I/we have taken a few really good bears (see photos) both in the skull scoring area and squaring the hide, a skull over 21” and a hide or two over the seven-foot mark. That bear we spotted in the late evening last week appeared to have both of these beat by a large margin, granted–I have been fooled before in trying to judge bears!  We were only about 30 yards from it as it crossed the road in front of us and would have had a 75-yard shot once he was visible again, but with the light fading fast (right near the end of legal shooting light), pounding coastal rain and the high underbrush along the swollen river, the chance of losing him in the high water wasn’t worth the risk. Sometimes it’s easy to be fooled by those easy shots that really don’t turn out the way you imagine. As the bear moved on out of our sight, my thoughts immediately started to plan a return trip to the area next spring to try to find him again. Dad and I talked about the bear all the way home; even now it is still heavily on my mind, evidenced in the topic of this blog.

It wasn’t the only bear we could have shot that trip, we saw a few before and several “shooter” quality bears on the way out the next morning,  but we really didn’t want to settle on just another bear after seeing that bruiser. I have no problem with someone shooting a smaller bear if it is for a reason, such as a hunter looking for tender table fare or someone who has a particular spot for a specifically posed mount in the house. For me, when I hunt bear, I have to feel the excitement that I did when I took my first bear many years ago and right or wrong that big bruin we saw at last light gave me that exact feeling.

It’s always the one that got away and the glimpse of the bigger and better that keeps me planning for the next season(s), regardless of the species being pursued. It’s the memories of time spent in the field with family and good friends that allow me to forget the bad parts such as hours in cold wet boots, picking out the Devil’s Club thorns from every square inch of exposed skin, banged and bruised shins and the cuts that always seem to happen when skinning and prepping the hide. With all that said, I will say one more thing: I kind of miss all of that right about now.