Sometimes trying to set up a bow to perfection is not always as good or certainly not as easy as setting it up with a predetermined result. For example, trying to set up your bow perfectly level is not always that easy to achieve, especially when you do not have the right equipment to set it up, or it’s not best for your bow style or rest selection. 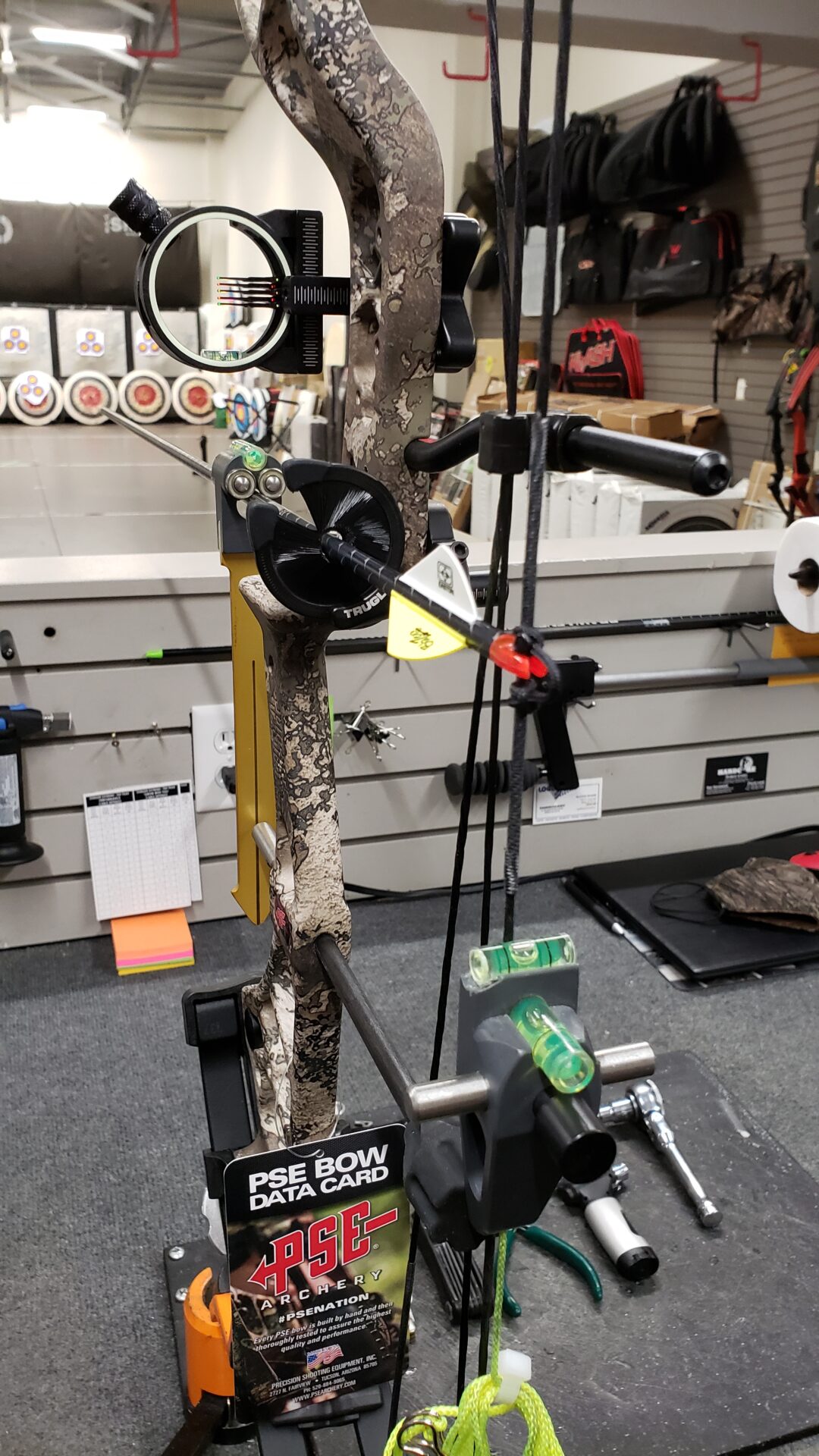 For example, take an arrow and stand it up straight and let it fall. If you try to stand it up right without the perfect equipment to stand it the same every time, the arrow will fall at a different direction each time. But if you stand the arrow up with a little angle, it will always fall that direction because you started it in that direction. (Predetermined disposition.) Then it is guaranteed to start out the same every time.

Well that’s what may be used in setting up bows. If you set it up a little nock high, then you know the arrow is going to leave every time generally a little high in the nock end. Common with a fall-away rest setup, but one would set up a whisker biscuit rest a little different.

Predetermined disposition is often used in setting up cam timing, for instance; some archers like their top cam to hit a little bit ahead of their bottom cam. How much, depends on the shooter. It’s easier to set up a bow to have the one cam hit first than it is to make both hit at the exact same time. Once again, it depends on if you have the right equipment. If you own a draw board, that task is more accurately accomplished than if you don’t and you’re just setting it up by feel.

Most bows are set up with the arrow perfectly in line with the burger hole; some may be set up slightly above, or half a hole above or even a whole arrow at the top of the burger hole. It’s all about determining fletch clearance, for example. Many things are taken into consideration, the size of arrows used, shaft sizes vary from .16 to .27 diameter and that is a huge difference.

Even the spine of the arrow has a predetermined disposition. An arrow that is a little lean always travels with the nock end to the left and the tip end to the right; it’s the opposite if the arrow is a little too stiff, it travels the nock end right, the tip end left. A perfect spine will travel straighter, not kicked left or right, but on flight from a compound bow it flexes up and down like a porpoise swims. If it was a hand-shot bow, the proper arrow flight would flex like a fish swims.

On a different topic, this year is going to be a little different in regard to trade shows and new products. Crossing the border is a no no, so finding out what’s new for 2021 is a little slower this year. One of the neatest things I have heard of for 2021 and can speak about now because my articles are written months before they are published is that Excalibur has a crossbow that shoots two arrows, like a repeater or a shotgun with two triggers. Yes, it will shoot one arrow, and then it can shoot another arrow right after the first. Although it’s pretty innovative and something no one else is doing, we have to caution manufactures to not get too innovative that crossbows become non-primitive and will tech themselves out of business. If we get to techy, people will lobby against their use during the primitive only bow season.